Problem Gambling – The Science Behind the Addiction 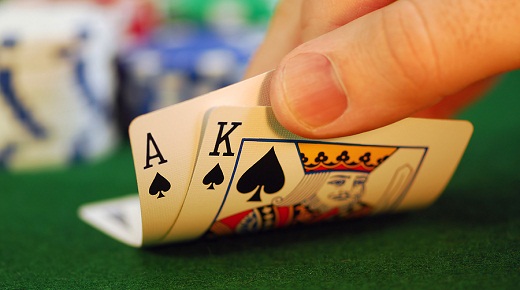 Most people who enjoy gambling do so primarily as a form of entertainment. They are able to control their gambling with ease and it never develops into a problem. However, there are some people for whom their gambling can escalate until it becomes damaging to both their lives and the lives of those around them.

The reason for this, as science has now confirmed, is that for some people gambling can become a physical addiction, not just a psychological compulsion. Most pathological gamblers don’t realise at first that they have become addicted, they just know that they love gambling and after a while they feel the need to do it more and more to find the same high.

In this way it is incredibly similar to drug addiction. A decade or so ago very few people would have believed that people could become addicted to an activity or a habit the way that they can become addicted to drugs. However more recent scientific research has proven that in some cases gambling is definitively an addiction.

Moving Beyond The Compulsion Classification

Previously, problem gambling has mostly been considered by the psychiatric community to be more of a compulsion than an actual addiction. The difference between the two is that compulsions simply result in a feeling of relief, whereas addictions are based on the expectation that engaging in a particular behaviour (in this case gambling) will be pleasurable.

Addictions, if not treated, tend to progress to the point where the person feels that the only way they can experience pleasure is by participating in the behaviour. In the 1980s, based on the previous diagnosis of gambling as a compulsive disorder as opposed to addictive behaviour, the American Psychiatric Association (APA) classified gambling as an impulse-control disorder. This classification was a new term to cover several barely related compulsions, including kleptomania, pyromania and even trichotillomania (the compulsive desire to pull out – and sometimes even eat – one’s own hair.)

Now, in May 2014, the APA has reviewed its classification of gambling and moved pathological gambling from the compulsions section to the addictions chapter in the latest release of the Diagnostic and Statistical Manual of Mental Disorders. This is a landmark decision, which has been deliberated over for more than 15 years and reflects a growing understanding of addiction in general.

An Acceptance of Addiction

Accepting that gambling is an addiction has already begun to improve the ways that psychiatrists are able to treat people who are unable to control their gambling. New and more effective treatments are becoming increasingly in demand, as gambling is such a prevalent and accepted part of many societies nowadays, particularly with online and mobile Casinos so widely available.

Since gambling is not a problem for the majority of players it would be unnecessary to remove the pleasure of the many for the protection of the few; however, the treatment of gambling addictions needs to be improved in order to aid those who do struggle with pathological gambling.

The reason that the APA changed its stance on gambling was based on several recent studies into the psychology, neuroscience and genetics of gambling which showed that gambling and drug addiction are in fact very closely related. Neuroscientists have in recent years been able to model how the brain changes as a person develops an addiction. There are several circuits in the brain which are referred to as the reward system and these circuits are linked to various regions including memory, movement, motivation and pleasure.

Engaging in an activity that keeps us alive and healthy results in the reward system producing dopamine, which makes us feel happy. The same chemical dopamine is produced when people engage in sexual activity as the brain is rewarding the act of procreation. Addictive drugs stimulate the reward system, too, in an unnatural way that causes the brain to release about ten times as much dopamine as usual. The more drugs that are taken, the less effective the brain becomes at producing dopamine, meaning that addicts must take larger and larger amounts of the drug in order to reach the same happy place. At the same time, the pathways in the brain that connect the reward circuit to the part of the brain that allows people to make judgements and moderate their behaviour weaken. This means that as well as requiring more of a drug in order to hit that high, an addict is also damaging the part of their brain that would help them to stop.

Neuroscientists have now also discovered that both drugs and gambling are able to alter the brain in very similar ways. By looking at blood flow and electrical activity in the brain, scientists have been able to test player’s impulse control as they complete tasks that mimic Casino gambling. Such studies have shown that, just like drug addicts, pathological gamblers begin to lose sensitivity to the feeling of pleasure and so need to experience a higher level of gambling in order to achieve pleasure. Pathological gamblers also display a particularly low level of activity in the prefrontal cortex which controls impulses, just like drug addicts, preventing them from suppressing their urge to gamble.

A Better Understanding of Addiction

By looking into pathological gambling and beginning to understand more about it, scientists have begun to learn more about addiction altogether. Experts no longer simply define addiction as being dependent on a chemical (or several chemicals), but as consistently seeking out a particular rewarding experience in spite of serious consequences.

Timothy Fong, a scientist an expert on addiction at the University of California, believes that this new definition of addiction is more accurate as it can cover many more behavioural patterns which are now understood to be addictive. He commented, “The past idea was that you need to ingest a drug that changes neurochemistry in the brain to get addicted, but we now know that just about anything we do alters the brain. It makes sense that some highly rewarding behaviours, like gambling, can cause dramatic changes, too.”

Redefining pathological gambling as an addiction rather than simply as a compulsion allows psychiatrists to treat it in a far more effective way. Compulsive behaviour treatment tends to be strategic behavioural management and some medication, whereas addiction can be treated with different types of medication and therapy.

Some compulsive disorders can be treated using antidepressants, however this has never been an effective way for treating pathological gambling. Instead, medications used to treat substance addictions have proven far more useful in treating gambling addiction.

Medications such as opioid antagonists, which inhibit the brain from producing dopamine, are frequently used to treat addiction as they reduce cravings. Many gambling addicts also benefit from cognitive behaviour therapy which trains the brain to resist unwanted habits. Gambling addicts can use this way of controlling their behaviour to confront their irrational belief that a near miss means that they are due a win.

One of the keys to overcoming a gambling addiction is to seek help. problemgambling.ca contains a wealth of useful information and we advise that anyone who is worried about their gambling – or the gambling habits of a friend or family member – seek the advice and help that they need.