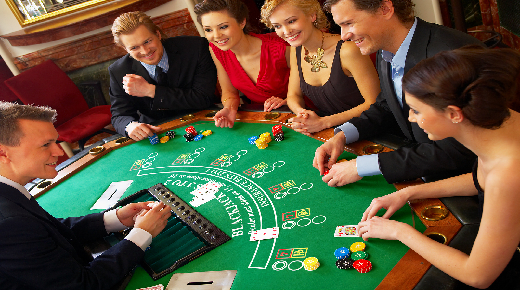 Five of the top poker players of all time who entered the game include Doyle Brunson, The Godfather of Poker. Born in a small Texas town in 1933, Brunson, aka. Texas Dolly, spent 50 years as a professional poker player and holds the distinction of winning the World Series of Poker twice. This first $1 million tournament winner and 10 bracelet holder began his adult life as a business machines company salesperson. On his first day at work, Brunson participated in a seven-stud poker game. Within three hours, Brunson won a month's salary and left the world of work behind. Doyle's nickname Texas Dolly resulted from an inadvertent error by Jimmy Snyder, aka. Jimmy The Greek, who was supposed to introduce him as Texas Doyle.

Johnny Bonetti (1928-2008) formally known as John Joseph Bonetti, began as a rental property manager in his home town of Brooklyn. Only having started playing poker in 1982 at the age of 54, Bonetti won $10,000 in his first World Series of Poker tournament in 1987. One year later, Bonetti won a $73,000 pot at the Hall of Fame Poker Classic. During his Poker Hall of Fame acceptance remarks, Bonetti said, “...no one was ever too old to learn the game of poker or improve their skills.” Bonetti's winnings total is estimated to be in excess of $4 million. A Chinese immigrant who entered the United States at the age of six, eventually became one of the top poker players of all time.

Johnny Chan, aka. Orient Express, was first exposed to poker as a teenager during a visit to a bowling alley. Chan, who began playing poker in the basement of his family's eatery establishment, opted to leave college to pursue a poker career. During his first Vegas game, Chan transformed $500 into a grand total $20,000 pot in one night but unfortunately lost all of it the next night.

Chan's earned his nickname, Orient Express, during an America's Cup Tournament in which he ousted 13 of 16 players in less than 30 minutes. Once a successful opponent of Phil Hellmuth, Chan's ultimate American Dream is to become a casino owner. WSOP's 13-bracelet record holder entered the world as Phillip Jerome Hellmuth in Wisconsin in 1964. As of 2012, this college drop-out has earned over $17 million and holds the number three spot on the All Time Money List. Known as The Brat, Hellmuth is the author of several books devoted to poker. Affectionately known as The Kid, Stu Ungar (1953-1998) has been described as the greatest Texas Hold'em and gin player in history.

This three-time WSOP champion shares this honor with only two other players. Ungar, who left school in the 10th grade, began his adult life as a bar manager. Ungar claimed he switched from gin to poker because nobody wanted to challenge him. Banned from Vegas casinos because of his uncanny ability to scare away potential poker plays, Unger went on to become the youngest WSOP winner in history.