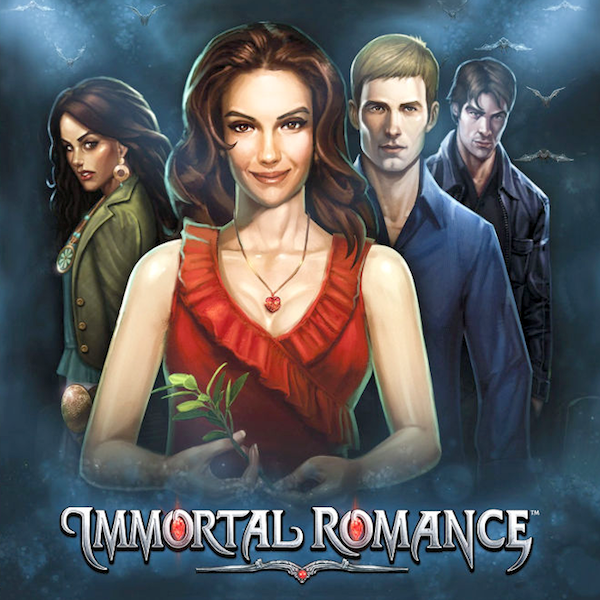 Reviving an old classic can be daunting, but suffice to say, if any one company is up to the challenging nature of the task, then its leading casino games developer Microgaming. The gaming giant is after no stranger toward breathing new life and vitality into slightly dated classics. But Microgaming’s most recent age-defying project doesn’t exactly involve anything typically retro. In fact, Immortal Romance, even though released nearly a decade ago this year, remains as popular as ever before. The slot has shown itself worthy of ongoing adoration and its perhaps for this reason, more than anything, that Microgaming has deemed it worthy of a complete makeover.

One thing rings true: never before in the history of the game has the term “undying love” hit closer to home. Even right now, Immortal Romance is live at more than 200 world-class regulated and licensed operators the globe over. This is a casino game deserving of descriptions like ‘timeless’, ‘evergreen’ and ‘classic’. It was released at the peak of the Twilight mania, when vampires were the hottest cult icons around, but it has retained popularity simply because it is an awesome slot with amazing features.

But that’s not to say that the casino games behemoth’s decision to clad the famous slot in a new style and fashion is at all a negative thing. The contrary is in fact true – especially when laying eyes on the new end-result.

It must be mentioned at this point that the latest revamp by Microgaming isn’t the first upgrade of its kind. Over the years Immortal Romance has undergone a melee of improvements, including everything from being treated to enhanced graphics and animative capabilities, to a positively pumping upgrade as far as sound effects go. Not to mention that the slot can now be accessed from and played on most platforms, including tablets and smartphones.

And in addition to a full-on HTML5 rework, Immortal Romance now supports added functions such as Autoplay and quick spin-capability.

The Why Behind The Now

But what exactly then did Microgaming do during the most recent upgrade of the slot? The shortest answer is that the revamped version of the casino game is basically an invitation to discover all that made the slot popular when it was first released back in 2011. And true to Microgaming’s style, it has proved a roaring success on the other side of the revamp line.

It also quite frankly would not have been a reimagined experience had Microgaming decided to do away with everything quintessentially Immortal Romance. What would have been the use in that? Thousands of new casino games are released each and every year – any one of those games would have fulfilled that particular role.

The idea, it’s now evident, was instead of toggling away too intrusively at the game’s existing storyline, to include some of the old classic features, but in a way that is slightly more modern and of course boosted by up-to-date tech. Enter the updated, enhanced Chamber of Spins feature – a feature that invites players to choose between four free character-themed spins and the equally popular Wild Desire feature, a bonus round capable of awarding up to  which can 12,000x the initial bet!

The reworked Immortal Romance™ slot is all about remembering the experience and feeling again those emotions first felt all those years ago when the slot first appeared on the scene. Which successfully drives home yet again a single and important truth: Microgaming does not just create casino content – instead, the developer focuses on creating the magic of a reel spinning experience.