Robotic Mixologists - Are Robots Taking Over the Cocktail Bar? 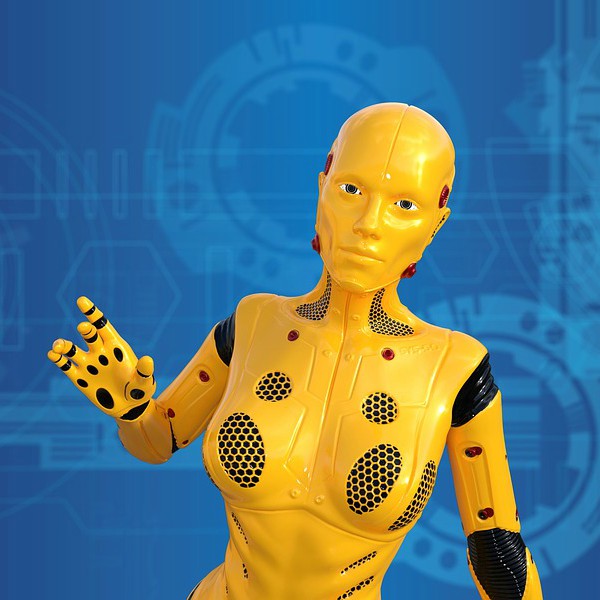 As Artificial Intelligence - robots - has improved in leaps and bounds in recent years and robotics have become far more than just a rudimentary box able to follow a set list of commands or respond in a predetermined way, the focus on how we can use robots in the future has sharpened. Thanks to technological advances, robots are already being used in the automotive industry, in the medical sector and in many other industries where once only human hands would be able to do the job. Another sector in which robots are now making an appearance is the hospitality industry, and robot bartenders are making their presence felt.

Some barmen may worry that machines are taking over their jobs, and they may well be right. Robots behind bars are no longer something that’s an improbable Sci-Fi fantasy, as they have become a reality. Currently, many of these robots are prototypes and are more of a novelty, but, as technology advances and time progresses, they are fast becoming increasingly sophisticated. For some, the idea of a robot behind the bar is a little off putting, as part of the enjoyment they get from visiting a bar is the human interaction with the bartender. Often barmen are witty or engaging, and strike up a conversation with patrons, and although robots may be able to offer a facsimile of this, they won’t have that same personal touch. Technically, robot barmen are little more than automated drinks dispensers, and if they become the norm, the repartee between patron and barman may be lost forever. If you look at robot barmen from the angle of an employer however, you can see the appeal of these machines. Aside from the fact that, for now, they may be prohibitively expensive, they don’t require time off, never get sick, don’t have personal problems and can work endlessly dispensing drinks at exact measurements, with no errors, no spillage and no over pouring. They are also a great marketing gimmick, so they may well be worth the investment! The question is, if robots can get behind the bar and are a suitable workforce, where else will we find them? At the tables in a live online casino working as croupier? In the supermarket at the checkout? Or in the bank? They have already entered airports and hospitals, so clearly it is just a matter of time before they infiltrate the service industry in its entirety.

There are already several different bartending robots in production, and these include the Wine Bot, which can taste wine and suggest the perfect food pairing, and the cleverly named Bar2-D2, who can expertly mix and pour drinks with ease. The Wine Bot, in particular, is proof of just how far AI has come, and a robot that can taste is something truly ingenious. Las Vegas is home to the sublime and the ridiculous so perhaps it’s not that surprising that they are also home to the worlds first robotic bar. The Tipsy Robot opened in 2017 and it has replaced barman entirely with robotic arms that serve up drinks in style. These robotic arms are able to mix up dozens of different cocktails and are speedy and efficient, plus, to add to the entertainment factor, they also dance while working. These robots do not have to stick to the list of cocktails they have been programmed to create either, patrons can place custom orders or deviate from the menu and the robot will still be able to whip up their drink efficiently. It’s this ability to adapt that make the advancements in AI so valuable, and it also highlights just how versatile robotics can be, and what the potential for future flexibility may entail.

With the Tipsy Robot leading the way, and Bar2-D2 and the Wine Bot offering their services, it is clear that we may well see far more robots behind the bar in the next few years. While now they are somewhat gimmicky and in many cases a major attraction, they may well become the norm. We could be heading for a hi-tech version of the Industrial Revolution of the 1800’s, only this time around; the machines that take over from human hands may be far more intelligent that we ever dreamt possible.