Ruby Fortune offers some of the biggest Progressive Jackpots online and has an array of Slots that is every big money gamer’s dream! With titles like Mega Moolah, The Dark Knight™ and Major Millions™, the casino gives players the chance to scoop multi-million & rewards with just a single spin. Hit games like Mega Moolah have Progressive Jackpots that START at a cool $1,000,000.00 and grow every single day. It is not uncommon to see the Jackpots reaching levels of $4 or $5 million. With some of the biggest and best games from industry giant Microgaming, ruby Fortune stands head and shoulders above the competition when it comes to the size of jackpots and variety of Progressive games offered.

Major Millions is one of Ruby Fortune’s most popular Progressive Slots. A 3 Reel,15 Payline game featuring the beaming Major himself, the Progressive Jackpot on this Slot is legendary. With classic Symbols on the Reels including Lucky &s, BAR, Cherries and the Major Million Logo there is plenty of opportunity to win BIG bucks with the help of the major.

Arise Sir Winalot with the help of King Cashalot 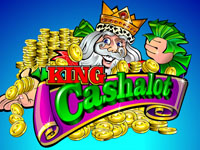 Embark on a legendary adventure with King Cashalot and his Knights as you sample the good things in life at this spectacular 5 Reel, 9 Payline Progressive Slot with a Jackpot worth thousands! Land 5 of the beaming King Cashalot across the Reels and you’ll enjoy a royally rewarding Progressive Jackpots win that could be a life changer! 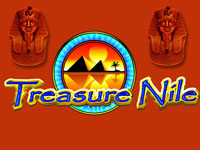 Sail down the Nile in an epic adventure filled with ancient riches and dazzling jewels in the 5 Reel, 9 Payline Progressive Slot – Treasure Nile! YOU could get your hands on riches to rival those of a Pharaoh with the help of Wilds, Scatters and Free Spins. Visit Ancient Egypt today and uncover a game that boasts Jackpots so big they compete with the Pyramids. 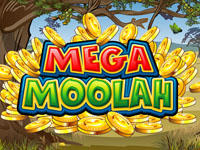 They don’t call Mega Moolah the “millionaire maker” for nothing and at Ruby Fortune players can enjoy everything this cult classic has to offer. As a part of The Palace Group, Ruby Fortune is one of the hottest places to play Mega Moolah, the Jackpot has been won at this group of casinos TWICE recently and you could be next. The Game boasts a Mega, Major, Minor and Mini Jackpot with the Mega Jackpot starting at a stunning $1,000,000.00. With a randomly awarded Spin Feature players have the chance to become an instant millionaire with a single spin. Go big game hunting in the African Safari inspired progressive Slot and YOU could soon be King of the Jungle.

Take on the streets of Gotham with The Dark Knight™

Join the mysterious Caped Crusader in the explosive 5 Reel, 243 Ways to Win Progressive Slot based on the hit movie franchise – The Dark Knight™. With characters including Heath Ledger as the Joker and Christian Bale as Batman/Bruce Wayne the game feels like being immersed in a film. In fact – so lifelike is the game that clips for the movie play in the background for each Spin! With an amazing 243 Ways to Win and 5 Reels there is plenty of opportunity to profit. Special features like the Batman/Joker Feature can also award vinstant, random payouts.   By Joanne