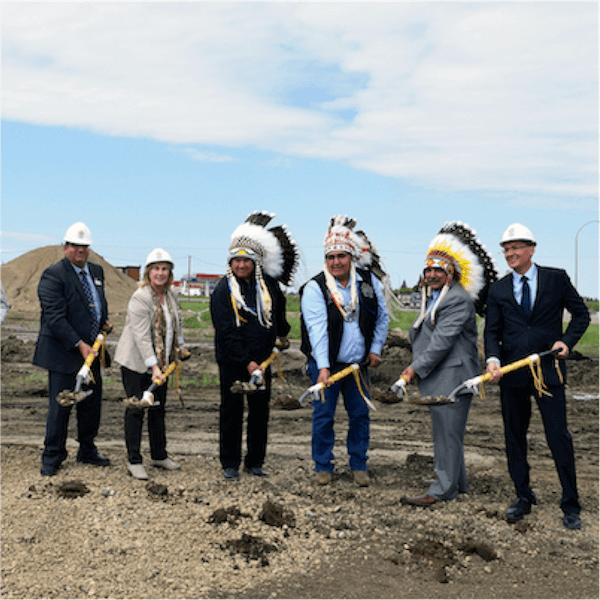 Two Saskatchewan tribes voiced their dissatisfaction about a new casino to be built in Lloydminster city. This follows the signing of a controversial non-disclosure agreement and a successful ground-breaking ceremony as construction on the $15.5 million Eagle Park West casino begins. The Big River and Thunderchild first nations, part of the Border Tribal Council behind the project, claimed that they were excluded from important aspects of the planning phase. Thunderchild first nation chief Delbert Wapass said that his group was excluded after they questioned the casino’s profit distribution as well as other project particulars. According to Wapass, the principle partners were required to sign the non-disclosure agreements before any mention was made of profits and the like.

He added that his nation would not invest in the project until it could be confirmed that his nation would receive more than an annual $200,000 from the project’s community development fund. Should the nation invest in the project, the investment would see annual returns of as much as $80,000. Wapass said that the project had been handled unfairly, and that the council was concerned about the interests of some, rather than the interests of all. In a bid to ensure fairness for all council members, the chief asked the Federation of Sovereign Indigenous Nations to freeze all approvals for construction until all council members have been reinstated. Wapass added that, if need be, he would take the battle to court. The federation’s Bob Merasty said that the federation was working to ensure all 10 council members received fair and equal treatment. He claimed the federation had even held mediation sessions between the aggrieved parties. However, Merasty added that the federation would not put a stop to construction, and that the council should handle what the federation now regards as an internal matter.

The Eagle Park West casino to be built in Lloydminster was the brainchild of Little Pine First Nation chief Wayne Semaganis. The chief’s initial attempt at realising the project on his own was stopped by the federation’s regulator, and it was then that he approached other First Nation tribes. The casino is expected to feature 250 slot machines and between six and eight games tables. Future phases could see the construction of a hotel, restaurant, convention centre, and convenience store. The project, which falls under the authority of the Saskatchewan Indian Gaming Authority, is also expected to create as many as 140 jobs.