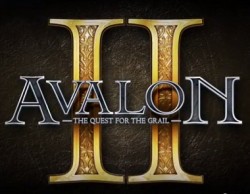 OK, so we may be getting a little ahead of ourselves with this one, but we’re just so excited about the release of Avalon II that we couldn’t hold it in any longer. We know how much our readers love playing Avalon and now, after two years spent in development, Avalon II: The Quest for the Grail is set to be released in February 2014.

This new and exciting Slot will be available to play at Betway Casino, but if you just can’t until February then head over there now and get yourself in the mood by playing the original Avalon Slot.   What’s it all About? Avalon II is a 5 Reel, 248 ways-to-win Slot that takes players on an adventure through medieval lands to discover the elusive and sought after Grail. This quest will lead you on an exciting mission where you’ll encounter legendary characters from British folklore such as King Arthur, Guinevere and Merlin. Bonus Features As with most of Microgaming’s Slots, the most exciting features are the Bonus rounds and Avalon II has plenty to offer.

Each of these Bonuses feature incredible animations and reward players with Free Spins, mini games and the chance to win rich rewards. Industry insiders expect Avalon II to be Microgaming’s most popular Slot, exceeding its predecessor in both popularity and payouts. Avalon II: The Quest for the Grail will launch in February at the best Microgaming Casinos, including the top-rated Betway Casino.

Join now to discover the thrills of playing Avalon and many, many more of Microgaming’s greatest games and you could claim a Welcome Bonus of up to CA$1000 Free when you make your first deposit.