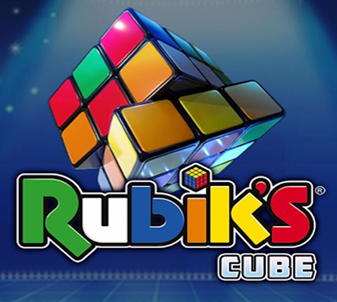 This year marks the 40th anniversary of the interactive masterpiece, the Rubik’s Cube. And to celebrate the anniversary of the release of the puzzle hall of famer, leading global supplier of online casino software Playtech has, in collaboration with subsidiary video games studio Ash Gaming, created an online video slot in honour of the world-famous cube.

Great news for Canadian iGaming enthusiasts is that SIA Casino holds exclusive rights to the newly released Playtech slot until November 12th. And to celebrate the 40th anniversary of the legendary Rubik’s Cube, SIA Casino is offering every player signing up a fantastic 40 free spins to give the game a try.

Rubik’s Cube is the second reel spinning title inspired by the world-famous brand to be released by the legendary casino games developer. Their first themed slot, Rubik’s Riches, emerged such a dramatic hit, that the decision to create another title based on the world-famous puzzle in celebration of the toy’s 40th anniversary was a given.

Rubik’s Cube is a 5x3 online video slot featuring 3D graphics capabilities, 25 paylines, and several marvellous features. Designed so as to create the colourful illusion of a television game show, the colourful cube takes centre-stage whilst surrounded by a circle of studio lights.

The grand opening scene is the famous Cube appearing in full 3D and sporting all the colours of the actual world-famous puzzle. Every main game spin sees the cube positioned above the game area twisting as would in real life.

Solve The Puzzle For Wild Wins

Solving the Rubik’s Cube’s colour combinations is the key to unlocking the slot’s special bonus feature modes. The 3D cube can create Wild or Multiplier Wild symbols on any spin of the reels – providing the player with a fun feature to keep spinning for.

The symbol positions on reels 2, 3, and 4 correspond with those featured on the cube at the top of the screen. The trick is to land matching colours in the same positions as shown by the Rubik’s Cube, as solving the puzzle will turn the matched symbols Wild. Better yet, if the cube should show a single colour and that colour happens to land on reels 2, 3, or 4, it will instantly be transformed into a Multiplier Wild. Multiplier Wilds up to a phenomenal 7x can be unlocked in this way.

Rubik’s Cube features an incredible choice of 6 unlockable Features. These phenomenal features are as follows:

This new slot is a winning colour explosion, and until November 12th, you can only find it at SIA Casino. With 40 free spins up for grabs too, it’s well worth a spin!