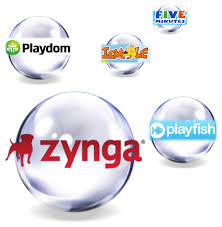 Although still looming on the horizon in some areas, social games funding is predicted to become a major player in the future of the gaming and gambling industry. Facebook has already been deemed a major platform. This social network giant currently offers a variety of free-play games for the entertainment of their members. As proof of their interest in the legalization of online gambling in the USA and its impact on social games funding, Facebook is already taking all necessary steps required for real-money gaming. Statistics reveal that Facebook and Zynga games funding coffers saw a 94 percent decrease in funding generation between 2011 and 2012, which amounts to an estimated C$1 billion.

Top tier executives at Facebook and Zynga question the viability of long-term sustainability. When interviewed, several top company CEOs opine that social networks are a turnoff for new start-up projects and question how long apps purchased from App Stores will continue to be a stand-alone product. On the other side of the coin, Plumbee's CEO cited that the company's total gaming revenue to date is C$3.8 million with C$26 million coming in prior to the debut of games available. Mobile and Tablet device statistics reveal that growth stemming from these sources is rapidly overtaking Facebook. Formerly known as MindJolt, Social Gaming Network, one of the world's largest social games funding companies is currently developing and enhancing its platform to allow games to be easily accessible by Facebook and Android systems. SGN is currently supplying apps to Amazon and iTune shops.

According to a recent Inside Social Games article, Intel Capital and Redpoint Ventures are eager to jump aboard the venture capital social games funding bandwagon. Known to be waiting in the wings is Berlin headquartered Wooga. Established in 2009, this mogul is included on the Top 3 Social Games Developers list. Wooga is known for games such as Brain Buddies, Monster World and Diamond Dash.