Speeding Up Withdrawals: PayPoint and Ukash Team Up 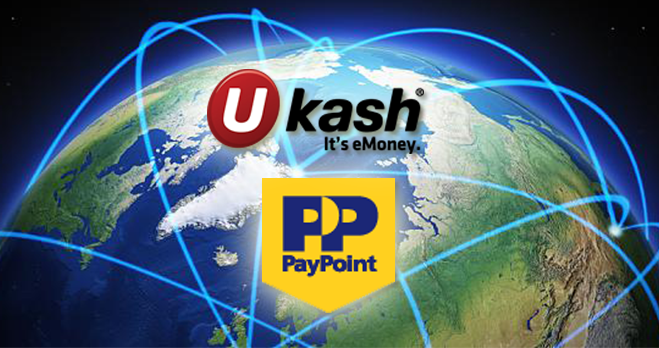 Online Casino players will know only too well how annoying it is to not be able to withdraw their winnings promptly and safely as actual money. Help looks to be on the horizon, as UK-based companies Ukash and PayPoint have joined forces to improve the speed and ease of the withdrawal service, in addition to better customer service. Ukash is an electronic, e-commerce company started in 2005. It uses an online and physical prepaid money system with individual unique 19 digit codes from shops and outlets to ensure the safety of the system for users. Ukash users also benefit from not having to give divulge personal information to Ukash, although Online Casinos will still carry out their own money-laundering checks. Ukash was awarded a Queen’s Award for Enterprise the last two years running and so far has been a large commercial success.

Its partner, PayPoint, is an instantly recognisable UK-wide brand. Its integration makes it perfect for Online Casino players, since it is already used by a huge percentage of the population - with 24,000 outlets in the UK currently utilised for mobile top-ups, utility bills, TV Licensing and Council Tax. The new deal between the two companies will now allow players to access and withdraw their winnings at any PayPoint outlet across the UK and Ireland. Until now, winnings for Ukash users were paid into their accounts as credits rather than actual cash. David Hunter, Ukash CEO, has described the advantages to customers and players of the system: ‘By partnering with PayPoint, we are giving players multiple points of access at the huge network of PayPoint locations around the UK,’ he said. ‘It could be someone who has been gambling or gaming online, and wants to turn their winnings into cash or a consumer who has returned goods they purchased online with Ukash.

The refund will be paid to them in Ukash which they can convert back into cash.’ The retail director of PayPoint, Andrew Goddard, has also spoken of the success and popularity of the partnership. ‘We are delighted to add Cash Withdrawals to our range of CashOut schemes, which enable our retailers to further benefit from the growth and scope of e-commerce’, he said. The new Cash Withdrawals system is expected to be in place by the end of April. Naturally, there will be a wait to see how many players adopt Ukash withdrawals as part of their regular gambling pattern, but the general reaction has been positive so far.