Stars You Didn’t Know Had Albums 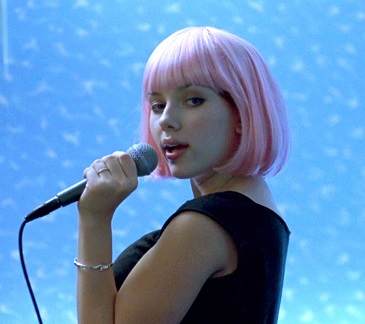 Jeff Goldblum is no slouch in the entertainment industry. He made waves back in the 1980s, with his starring role in the horror film The Fly. The Fly was as shocking and horrifying as it was ground breaking, catapulting Goldblum into mainstream stardom. In the years that followed his acting career was frenetic. In 1993 he stared in Jurassic Park, arguably one of the biggest movies of the decade, and one that has created an entire franchise that includes everything from slots to video games. This was followed by a role in Independence Day 1996, another summer blockbuster, and The Lost World; Jurassic Park, in 1997. A veritable avalanche of roles continued on after, making him one of the busiest celebrities in the industry. He may have been a bit out of the spotlight in more recent years, but Goldblum has never stopped keeping busy. Now, with a new Jurassic Park in which he will again be reprising his role as Ian Malcolm, Goldblum has made a surprize announcement. He will be releasing an album.

The First Of Many?

Most did not even know that Goldblum was musically inclined. However, it turns out that this 65-year-old Hollywood celebrity has a few tricks up his sleeve. He not only plays the jazz piano, but is extremely talented too. His band has the rather curious name of the Mildred Snitzer Orchestra, and has wowed audiences on a number of occasions. But it was not until last year that he got his big break. At least as a musician. The Graham Norton Show invited on Gregory Porter, a singer-songwriter that has earned a great deal of respect in the jazz community. Goldblum played the piano for the occasion, and grabbed the attention of Decca Records. The fact that Goldblum is a Hollywood celebrity probably has something to do with it, but one certainly can’t fake jazz piano talent. Either way, Decca agreed to collaborate with him and the Mildred Snitzer Orchestra to release an album later in the year. Goldblum made the statement that he is happy to be in cahoots with Decca, who he referred to as one of the coolest and most prestigious record labels of all time.

Other Celebs With A Musical Streak

In the world of entertainment, a celebrity will generally gain fame in one major industry or another. With a few exceptions. This means that if a person gains major fame as a musician, they will likely only achieve moderate success as an actor, or vice versa. But this hasn’t stopped some celebrities from pushing their luck and trying to break the crossover curse. Kevin Bacon has released a number of albums in a wide scope of genres, but at least had the self-awareness to admit that his modest musical success was due largely to his major Hollywood celebrity status. Scarlett Johansson is much better known as an Avenger, but has also released an album of duets. She attempted to start a girl group under the name The Singles, but hit a major roadblock when she was taken to court. It turns out another band already had the name, and didn’t take kindly to Johansen moving in on their territory. Jackie Chan will always be known as one of the greatest martial arts action heroes of all time. But it turns out he has also released a string of great albums. Although mostly seeing success only in the East, his singing talents are superb. You can see him singing in the 2002 film The Tuxedo, although in this case he is doing a startlingly good imitation of Jackie Brown! It seems that some actors and actresses have better luck than others when it comes to musical careers, and now, only time will tell if Jeff Goldblum can enjoy great success in both industries.