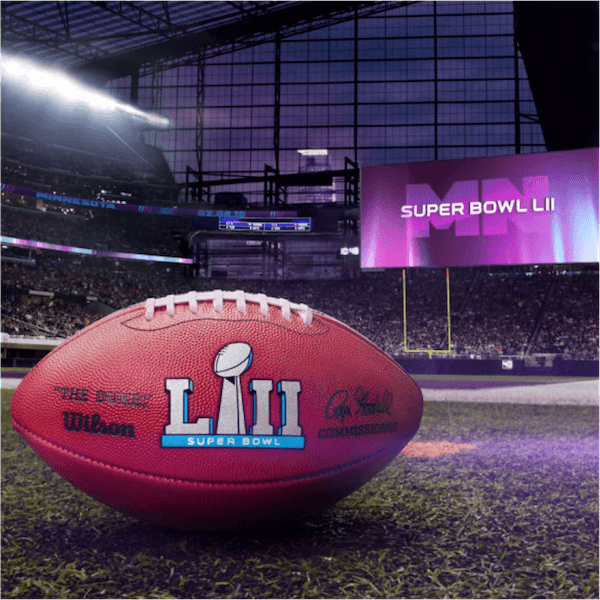 This week, the Nevada Gaming Control Board revealed that sportsbooks licensed by the state handled over $158.6 million in wagers for the world-famous Super Bowl. This is over $20 million more than 2017’s record of $138.5 million, with bookmakers having set new records during 4 of the past 5 years and topping $100 million in bets wagered each year since 2014. With that said, the bookies managed to retain a mere 0.7% of their punters’ wagers, which comes to a meagre $1.17 million in net winnings. The hold posted for 2017 was around 7.9%, resulting in a $10.9 million win for books. Regardless, this year’s performance still trumps the massive $2.5 million loss posted by local bookies in 2008. Bookmakers were severely hit by the majority of punters believing that the final Super Bowl score would surpass 48 points, backing the underdog Eagles and winning straight up. Five of these bets were valued at at least $1 million (four of which were placed on the Eagles), including a massive money line bet of $3 million placed at the MGM Grand late in January.

William Hill’s US betting branch received two of the aforementioned $1 million wagers, with trading director Nick Bogdanovich noting that his sportsbook shop suffered the loss of many millions of dollars on that day. This included a massive $3.2 million loss to the iconic ‘Bettor X’ who cashed in supremely at the 2017 World Series. The director interestingly noted that Bettor X, who is still unidentified, also placed two separate $1 million bets through William Hill’s mobile betting app, although he did set up a wire transfer method to place the bets in question.

The game’s fireworks also impacted many bookmakers’ prop wager earnings, including the Westgate Superbook. David Purdum of ESPN also reported that Wynn Resorts, Station Casinos, CG technology and Boyd Gaming all lost considerable amounts of money late last week, while Caesars Palace reported impressive seven-figure wins thanks to some late pro-Patriots bets being made. On the other side of the ocean, however, bookmakers were enjoying more positive overall results. eGaming Review noted that many UK sportsbooks like Ladbrokes and Kindred Group had banked on an Eagles win, with Ladbrokes’ Jessica Bridge stating that the Eagles were underdogs for the whole season, hence why her firm was ‘cheering them on’ - as a Patriots victory would have been a disappointing result. On the topic of disappointing results, the Mayor of Portland, Maine has noted that he will honour the bet he made with the Mayor of Portland, Pennsylvania that required the loser of the wager to shave their head. Patriots-backer Mayor Ethan Strimling has noted that he will be contacting his counterpart in Portland to settle the bet for good.