The Super Bowl is the biggest gambling day of the year 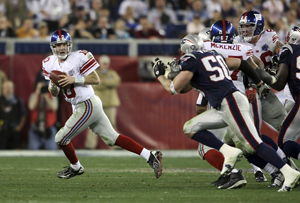 The Super Bowl is the biggest gambling day of the year for any sport in North America. On February 3rd, the Baltimore Ravens face-off against the San Francisco 49ers in Super Bowl XLVII in what promises to be one of the best championship-deciding games in history. Punters are in a frenzy over the fact that this game is more than just about what happens on the field.

Brothers, Jim Harbaugh and John Harbaugh are the respective Head Coaches of the 49ers and the Ravens and bets are being taken over which brother will overcome the other. The hype around this sibling rivalry has become so intense that it is now known as the Harbaugh Bowl. The line for wagering is usually drawn in the North American capital of gambling, Las Vegas. Although Vegas represents a small percentage of Super Bowl betting, it is usually a good indication of how other sports books will be set around the nation. At first the betting line was set at 5 in Vegas and other locations but with some serious cash being laid on the Ravens, the line dropped to 4 earlier in the week and is now sitting at 3.5. This is largely due to the “Ray Lewis factor.” Lewis is a 17 year veteran for the Ravens and their fearless leader, who has lead his team in their previous two games in which they were sizeable underdogs but still overcame the odds.

Super Bowl XLVII will be his final game before retirement. Punters are hoping the fairy-tale ending will result in big profits. Jay Rood, the VP of Race and Sports who sets the line for MGM Resorts and also supervises a variety of race and sports books across Nevada says the smart money is already coming in for the 49ers on the “smart line.” The Smart Line is when you are betting on a team to simply win the game, without taking into account the spread. With kick-off fast approaching and punters flocking to place their bets on either Harbaugh brother’s team, Super Bowl XLVII looks to be one for the record books.