Tablet Use on the Rise in Canada 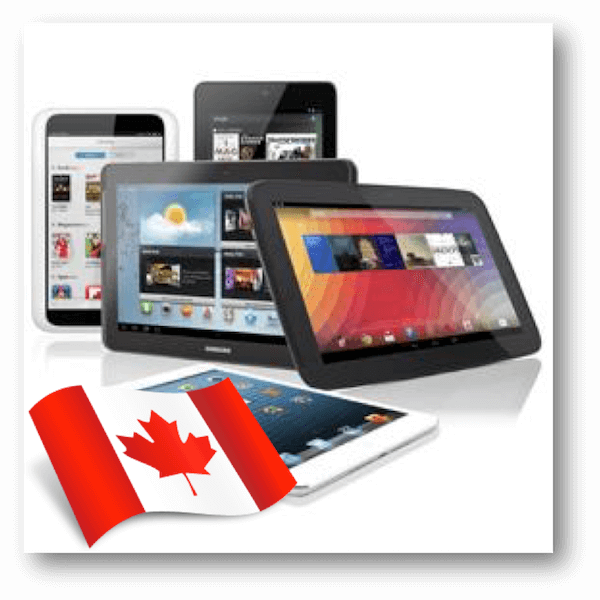 The mobile tablets currently available on the market are quite remarkable, with impressive processing power, graphic displays and touchscreen sensitivity. Many users argue that with a tablet they can do anything a conventional laptop can do, while being less burdensome and more immersive thanks to the fact that you use a touchscreen rather than a mouse. The use of all mobile devices in Canada is on the increase and it’s really not difficult to see why. Tablets perform as well as desktops do, if not better, and they’re much more convenient. Every app is designed for the smaller central processing units and display consoles of the tablet, so you never need to compromise on functionality, quality or performance.

With a tablet you can check emails, browse the web or even play mobile casino games whenever it suits you. There’s no restriction on what you can do, and as a tablet is compact and lightweight, it’s easy to carry around and use for a few minutes at a time, regardless of where you may be. Being able to access anything at any time means you can manage your own time, and take care of all your work and personal responsibilities.  This kind of convenience isn’t a luxury in today’s busy world; it’s a necessity and an increasing number of Canadians are realising that.

Canada has shown a steady increase in tablet usage over the past few years. In 2013 there were approximately 11.6 million users in the country, while in 2016 there were 15.9 million. It is predicted that there will be 16.7 million tablet users by the end of 2017, and 17.4 million the year after that. It seems that Canadians know how far into the mobile revolution we are, and are determined not to get left behind!

The amount of tablet users in Europe has also been increasing every year, and the prediction for the end of 2015 was that there would be roughly 160 million of them spread across the Continent. The number of users in Canada at the end of 2015, by contrast, was 14.7 million. Going on a headcount alone, Europe definitely seems to be the bigger sector. However, it’s important to consider the relative sizes of each population. Canada’s numbers are less than a fifth of Europeans, which means that the percentage of the population using the devices in Canada is much higher than it is in Europe. It seems that Canada is a much larger contender, with a much stronger support base.

What the Future Holds

The world keeps moving forward, and it seems likely that Canadians will become more and more tech savvy, and the use of tablets should only increase. The question is what form they will take, and what exactly they will look like. As we wait for the Next Big Thing in the world of technology, the tablets of today seem to be serving the needs of Canadians very well. Whatever the next wave of convenient luxury looks like, we can’t wait to see it and judging by the growth in tablet user numbers, neither can the rest of Canada.