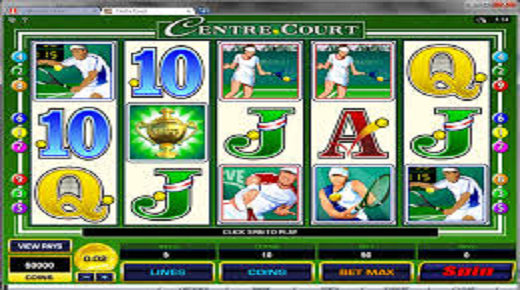 As Wimbledon gets underway, Mummys Gold casino has been attracting enthusiasts from across the globe with tennis themed Slot, Centre Court. Over the course of the June, Centre Court has been one of the most regular Slots to pay out at Mummys Gold casino. Check out the casino’s winner’s list and you’ll see that there have been a number of pay outs from the game, so it’s no wonder more and more gamers are keen to spin the Reels in hope of scoring the grand slam Jackpot prize!

On the 7th of June the game paid out $12,242 to one lucky player, followed by $11,410 on the 12th and sums of $2,862 and $20,953 just three days later. This was the last major pay out made by Centre Court at Mummys Gold, on the 15th June, so perhaps the hot streak has come to an end, or will the game keep making winners for the duration of Wimbledon? If you’re an online gamer looking for something new and appealing to play, Centre Court is a gripping Slot that’s sure to appeal to more than mere Wimbledon fans. The game itself was released to coincide with Wimbledon 2009. Its green, grassy background and tennis ball, trophy and tennis player symbols set the scene for a lucrative Slot experience. The trophy is Wild and will substitute for all other symbols, excluding the tennis ball Scatter. Three or more Scatter symbols anywhere on the Reels will activate the Free Spins feature in which 18 Free Spins with a mystery Multiplier are up for grabs. During the Free Spins feature the Wild symbol can appear stacked on the Reels.

This stacked Wild could unleash immense cash prizes, the maximum being 450,000 coins. As demonstrated at Mummys Gold casino, Centre Court offers big profiting potential, so don’t overlook this game just because tennis isn’t your forte! If your skill lies in spinning the Reels, play Centre Court and it could be game, set and match to you and your booming balance! Mummy’s Gold casino is powered by Microgaming, the leading software provider in the industry, so playing at any one of their 400+ games is sure to be an entertaining and rewarding experience. Join the casino today and take advantage of their £500 FREE Welcome Offer and you could splash the cash at Centre Court to serve up some substantial winnings!