The 888casino Champion of Champions Tournament! 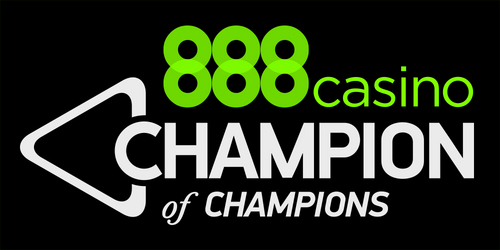 Snooker fans take note: Matchroom Sports has announced that 888casino will be the Title Sponsor for the esteemed “Champion of Champions" snooker tournament. Considered by many to be the ne plus ultra of the snooker events calendar, the tournament features a C$270,000 prize fund (C$100,000 of which goes to the winner) and promises to be a spectacular affair for spectators and sportsmen alike.

The tournament’s attendee list reads like a who’s who of the snooker world; legends such as Ronnie O'Sullivan, Judd Trump, Mark Selby and Neil Roberts will be joined by 16 champions from the last snooker season, making this a gala event. An exciting new format has been devised especially for the tournament, made up of four mini tournaments consisting of four players each, to be followed by the high stakes set of semi-finals before culminating in an intense best of 19 frames final heat. Those of you hoping to take part in all of the excitement are in luck as the event will be televised live and in its entirety on ITV4 as well as CCTV in China. Barry Hearn, the Chairman of Matchroom Sport, is very proud of 888Casino’s involvement with this event and has gone on record to voice his enthusiasm, stating that he was “very excited to have 888casino on board as title sponsor of a brand new tournament on the snooker calendar.” Speaking further on the online casino’s involvement, Hearn went on to say “888 have been involved with snooker previously and I'm thrilled that they are continuing their association with the sport in such an innovative new event.”

Lastly, Hearn touched upon the calibre of the players involved and the event itself, declaring that “The Champion of Champions is an elite competition featuring winners of all the major tournaments throughout the season and we are looking to establish it as a regular ‘best of the best' and with unprecedented live coverage on terrestrial UK television, the 888casino Champion of Champions will be bringing snooker of the highest quality to a potentially huge audience, both domestically and around the world."