The Astonishing Growth of Online Poker in Spain 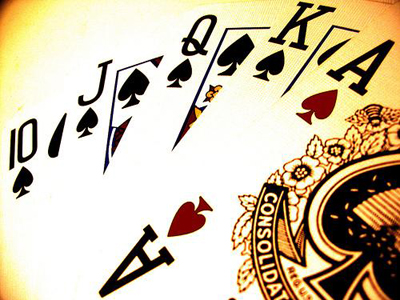 Online poker playing revenues went up 17 percent in Spain in the fourth quarter of 2012, which is a dramatic increase over the third quarter. With unemployment rates hovering at about 30 percent, third quarter revenues nearly came to a halt. This increase is seen as a sign of improvement and growth. In June of 2012, online poker was legalized in Spain, along with heavy taxation of the activities. Spain's government gave out licenses to over 30 companies, including Betfair, 888, Sportingbet, bwin and William Hill. These liberal Internet gambling laws created an increase in Internet gamblers estimated to be at least five times higher than it was efore the new laws.

Economic experts in Spain have predicted that online gambling growth will be about 10 percent a year. Studies done in Spain have shown that out of the Spanish online poker players, 65 percent of them are men who are well-educated and between the ages of 25 and 44. It was estimated at least 40 percent of Spanish punters play poker online. Those operating poker games are taxed at a 25 percent rate by the Spanish government. Poker game providers are trying to lobby this, although it is thought that they do not have much chance of decreasing the taxation rate. Online poker players are theoretically taxed on their earnings through value added taxes and through income taxes. The Spanish government is finding that it's difficult to monitor winnings of punters. The fact that gambling revenues increased in spite of the new gambling laws and high taxation is seen as a positive thing.

The country's economy has affected all aspects of Spanish life, including the gaming sector. The new laws that were put into effect in the summer of 2012, known as the National Gaming Regulations, seem to have made a difference. Spain's government sees gambling revenue as a lucrative opportunity to bring in more tax revenue to help fund government programs. The most popular online gambling activity in Spain is the national lottery. This is followed closely by sports betting and then by online poker. It is estimated that nearly 40 percent of punters in Spain play poker online. Any uptick in online poker, like the 17 percent rise in the fourth quarter of 2012, is viewed as a positive sign. Total gambling revenue went up in Spain by about 40 percent. Out of that, about 17 percent was revenue from online poker tournaments. Providers of all forms of online gambling in Spain hope to influence the government to lower tax rates, although it is thought that the chances of this happening are nearly non-existent. The hope is that this upward trend will continue even with high taxes.