The Future Will Have 25 Hour Days 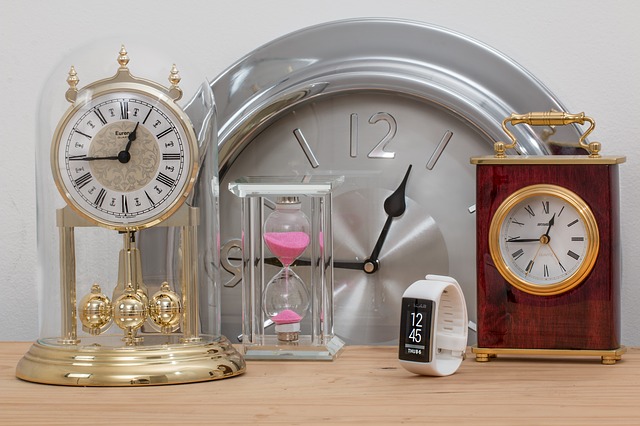 Ever been sitting after a long day, thinking of all the things you didn’t get done, wishing you had just one more hour? Or perhaps wished you had just one extra hour of sleep before having to drag yourself out of bed? Fruitless hopes, of course. We’re all stuck with a lousy 24 hour a day clock, and have to live in longing for that illusive extra time. Or do we? It turns out that 25-hour days are, in fact, not just a reality for our planet, but an inevitability. That’s right; that extra hour you’ve been dreaming of does exist, and it is going to happen. But don’t get too excited just yet, and start frantically rearranging your calendar. It turns out you’ll only get to take advantage of that extra hour if you happen to be around for another 200 million years.

You’re probably feeling deflated now, having already set the extra hour aside for quality time playing at your favourite online casino, only to have the dream snatched away. Don’t worry, there are still some interesting things to learn about our planet, and how it operates in the cosmos. Leslie Morrison conducted the study that revealed the reality of the 25-hour day. Morrison and his team went about investigating anomalies they noticed in astrological records, crunching numbers, and finally putting forward their findings; namely that the earth is experiencing a gradual increase in its daylight hours. The process of the time gain is, however, incredibly slow, to the point that only two milliseconds of daylight are gained every 100 years. This means that in order for the earth to gain a full hour of daylight, it would take roughly 6.7 million years. A long time to wait for an extra minute in the sun!

This also means, for those doing the calculations, that earth had less hours of daylight millions of years ago. About 530 million years ago, the earth would have had 21-hour days. The dinosaurs, meanwhile, would have had only 23 hours in a day to eat one another, and play in the tar pits. The only question left to ask is the obvious one, what is the reason for this gradual increase in daylight time? According to Morrison, it’s because the orbit of the earth is slowing down. But certainly not at any rate that would be considered significant. In fact, so slowly that it barely even registers, except for those who spend great deals of time doing calculations.

A Long and In Depth Study

The study that came to the interesting conclusions was not an easy one. In fact, some may say that Morrison and is research team went through a rather incredible amount of effort. The time consuming process involved looking at recorded information of eclipses and other astrological events, some of it from as far back as 720BC. This ancient information was compared to more recent recordings, to ensure that no mistakes were made. After corroborating the mountains of information, the team made their calculations and came to the inescapable conclusion; daylight time is gradually increasing. Although, Morrison did admit that the information used was not always perfect, and that a certain amount of filling in the blanks was required. After all, some of the information used came from Babylonian tablets, and anything written on a tablet can perhaps not be considered 100% accurate. In Morrison’s own words, some of the information was crude, and the observational techniques used were not what would be called accurate.

Either way, Morrison is certain about his findings, and stands by them. This means that whatever life forms happen to living on earth in 200 million years, they will be enjoying their 25-hour days. Probably wishing they had 26-hour days. The rest of us will have to continue wishing we had more time, but knowing that we don’t, we should make the most of what we have - at least we’re not living in the age of dinosaurs!