Playtech should invest in mobile and social 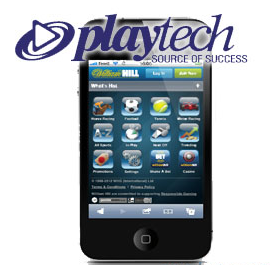 After selling its stake in William Hill Online, Playtech should spend the £424m on extending its mobile and social offering, according to the latest poll taken by eGaming Review

readers. A third of those who took the poll believe that the amount received for the 29% stake in William Hill Online would be best put towards the mobile and social space, especially since the London-listed software provider made moves last year via licensing deals with CTXM and Viaden. 29% of readers thought differently, believing that the US should be the main focus once William Hill shareholders have approved the buyout. This would see Playtech gain a return of more than three and a half times its investment.

Recently a number of eGaming companies have examined acquisitions in the US as a means to support their entry into a future regulated US eGaming market. PokerStars’ acquisition of the Atlantic Club casino and Hill’s deal for Brandwine are some of the latest examples. Of the poll, only 21% believe Playtech would be better off by negotiating a new joint venture agreement similar to the one they held with William Hill, after there were no indications as to whether Playtech would be prevented from seeking out relationships with Hill’s competition. The last 16% of readers suggested investing a large stake in an operator, perhaps their view was there are no obvious investment opportunities presenting themselves.