The Underground Gambling Scene in Canada 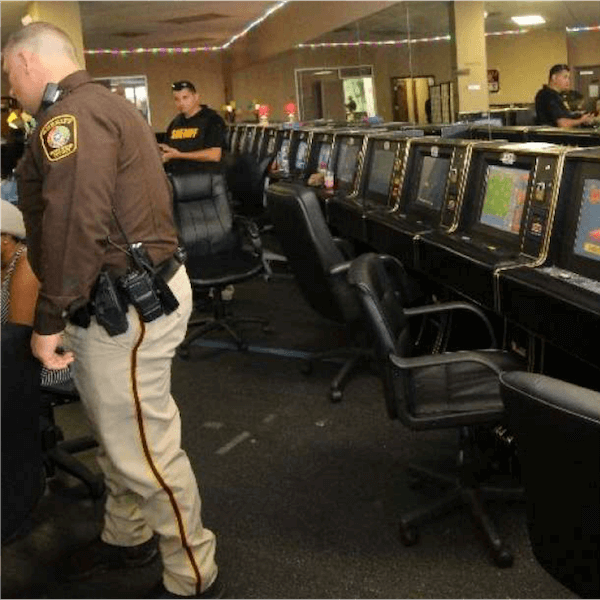 Casinos are legal across Canada, but there has been a huge rise in underground gambling activities across the country. As recently as December 2017, an illegal club in Richmond, posing as a Karaoke bar, was shut down by the Royal Canadian Mounted Police. With legal gambling such a thriving Canadian industry, why do the illegal activities continue to occur?

Why Underground Gambling is So Rife

Although Canadians don’t have to pay taxes on their lottery or casino wins within the country, they are often required to do so on wins when they play at an online casino based outside of Canada’s borders. To avoid being tracked down and having this enforced, a lot of players choose to stay under the radar of anyone monitoring gambling activities, by playing at underground establishments. The fact that no minimum bets are imposed by underground casinos is also appealing for a lot of players, as is the fact that other items can be used to bet when money is in short supply.

Cars, drugs and other commodities are all commonplace betting items in illegal gambling operations. In terms of illegal bookmakers, without having to pay taxes they are able to offer punters better odds, and they also accept bets by phone which legal bookies do not. Wagers are generally also accepted at the same place where casino games are staged, which is not done in legal establishments and which makes things much more convenient. The added thrill of placing bets in a world that is quite seedy and dangerous is also very appealing for some players, though we would suggest that it is hardly worth the risk. Without any regulation from recognised authorities, it is also true that gamblers have no recourse if anything goes wrong.

The lawless casinos could simply refuse to pay out and, unlike with licensed and regulated sites there would be nothing you could do. Not only would you have no legal options, but demanding the cash that was due to you could escalate very quickly into a dangerous situation. Match fixing, rigging other games or simply having dishonest dealers are also all serious possibilities in underground casinos, and once again players wouldn’t be able to take any action if they experienced these things. The criminal elements that these situations invite is as large as you might imagine, and the whole situation is cause for concern. That’s why police are trying to crack down on illegal activities, as the recent incident in Richmond shows very clearly.

What Happened in Richmond

Richmond can almost be thought of as a microcosm of what is happening with illegal gambling rackets across Canada. On Sunday 3 December 2017, police were able to determine that an illegal gambling operation was being held at the 11700-block of Voyageur Way, in the industrial area. The premises were a whopping 2,000 square feet, with 2 levels, and were being used to serve alcohol openly as well as to offer underground gambling, so this was no small operation. Around 20 patrons, aged 19 to 25 were found within the venue when authorities entered it. Police shut the establishment down, citing concerns for public safety and adding that this was the second “speak-easy” that they had found and closed down within a month.

This time, however, the alcohol on the premises was described as much more elaborate that what had been discovered and seized a month before. Police list the public safety risks that are causing their concerns as gambling, potential fire hazards and overcrowding, attracting criminals to the location, serving unlicensed liquor, and road safety concerns associated with impaired drivers. In a press release, Corporal Dennis Hwang stated that the Royal Canadian Mounted Police are working closely with their City of Richmond partners to deal with the issue, particularly with their Bylaws Unit.

Other issues have been occurring in Richmond, adding more concerns about illegal gambling and other underground activities in the area. In the summer of 2017, the government seized a huge mansion after it was discovered that patrons were engaging in gambling and other illegal activities on the premises. The extremely violent gang activity that was closely associated with the mansion is further evidence of how easily this can be triggered by underground gambling. The issue remains a serious one across Canada, and efforts to counteract it remain a top priority.