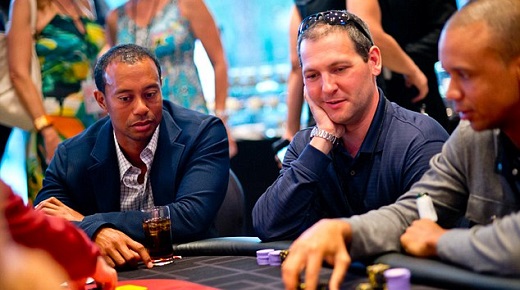 We love nothing more than some good celebrity gossip and hearing about our favourite stars moonlighting as top gamblers have been some of the most exciting stories of 2014. Check out our list of the top celebrity gamblers of 2014 below:

Ben Affleck has hit the headlines several times this year for his gambling antics and he’s even player a gambler in the 2013 film Runner Runner. His penchant for playing Poker can be traced back to 2003 when he appeared on Celebrity Poker Showdown but more recently it’s been his Blackjack gaming that’s hit the headlines. In fact, Mr Affleck has become so good at Blackjack that he’s been kicked out of Casinos on at least two occasions this year!

Ben Affleck’s best pal and co-star Matt Damon is also well known in the tabloids as a gambler and can be seen playing one in the 1998 film Rounders. Damon prepared for his role in Rounders by taking part in a CA$10,000 Texas Hold’em Championship as part of the 1998 World Series of Poker in Las Vegas.

Charlie Sheen has become better known in recent years for his very public meltdown rather than his critically acclaimed acting skills but did you know that Sheen is also a very proficient sports gambler? Back when he was married to Denise Richards, Sheen would bet up to CA$20,000 per sporting event, winning millions of dollars.

Former US Vice President and Presidential Candidate, John McCain is well known for his enjoyment of Craps. In fact the politician has been known to spend hours indulging in the game and has had to be prised away from the table on some occasions.

The controversial golfer may have spent millions on his divorce settlement but Tiger Woods still has a bulging bank balance that he likes to dip into for the occasional Casino binge. Woods has this year reportedly enjoyed several Casino outings, bringing along spending money of up to CA$25,000 to fund his evening.