Trump to Change Future of Online Gambling in US? 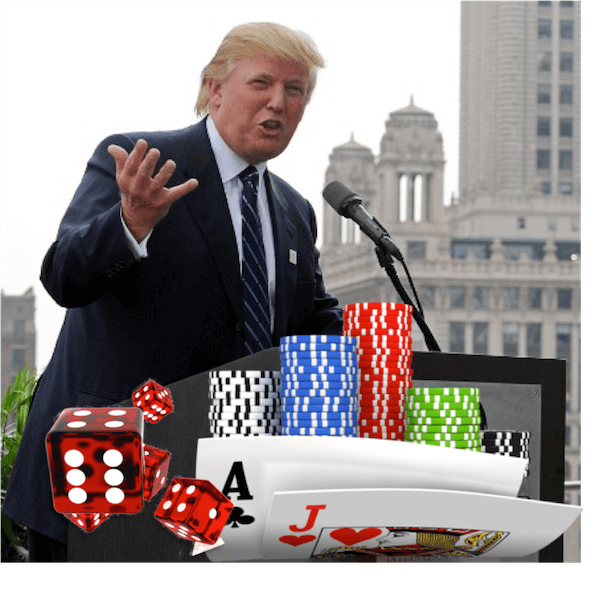 The history of online gambling has been a complicated one for the USA. There are numerous laws set out in the country that strictly governs online gambling activities, and these often differ from state to state. In certain US states, it’s completely illegal to gamble or bet online. However, experts are predicting a possible change of the layout in the US iGaming field thanks to the election of President Donald Trump. It’s uncertain what Trump’s presidency will bring for the future of the industry, but many are hopeful that online gambling is one of the things that will become less heavily regulated under the new POTUS’s regime.

One of the foremost reasons why Trump won this year’s presidential election was his strong stance on change. The controversial candidate has suggested many major changes to important American policies. Furthermore, his campaign for the freedom of US citizens may well spill over into his considerations of online gambling laws. President Trump is no stranger to casinos and has owned and invested in many in his lifetime. The Trump Taj Mahal in Atlantic City recently closed its doors, Trump Plaza closed in 2014, and the still-open Trump International Hotel Las Vegas is situated on the Strip that’s home to some of the world’s most famous casinos. There are many that think that Trump’s connection to the world of gambling may influence his decisions when it comes to the regulation of US online casinos and sports betting sites. Trump’s adherence to the tenets of Capitalism may also come into play, as the regulation of iGaming often brings substantial revenues to a country’s coffers.

At this point in time, some of the largest pro-Trump American states don’t consider real money online gambling against the law. This could be positive news for iGaming throughout the US, as President Trump will very likely create laws that please his supporters to retain their on going approval. With all factors considered, it is a possibility that the future landscape of US online gambling may change under Donald Trump’s presidency. With his plans to make numerous changes in the government, online players can look forward to the future in the hopes that a more relaxed position will soon be adopted.