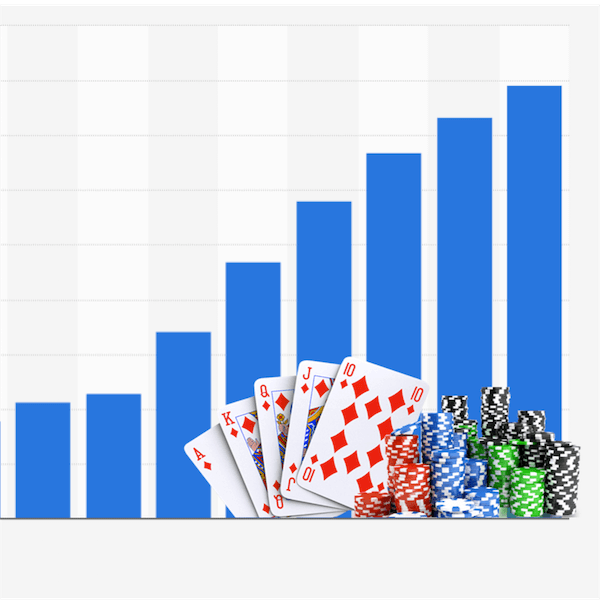 A particularly successful month for the casinos of Nevada has helped the US casino industry to reach massive gaming revenues of $3.4 billion in August this year. The data was revealed by the University of Las Vegas Centre for Gaming Research, after researchers spent weeks compiling monthly revenue data to obtain the results. This figure, which excludes tribal-operated land based casinos in the area, shows a year on year increase of more than 4% when being compared to the same month of 2016. Nevada proved to be the largest revenue generator in August, contributing a whopping $989.5 million (29%) to the US’s overall total – a 15% increase compared to August 2016. This massive increase is in part due to the astronomical number of visitors at Nevada casinos during the Floyd Mayweather vs. Conor McGregor fight, which was held on August 26 and generated a whopping $70 million in legal bets. Mayweather proved victorious despite McGregor being favoured, generating massive earnings for bookmakers in the gambling state.

Apart from Nevada, Ohio also experienced big rises in gaming wins, which grew 6% year on year to reach $145.7 million. Illinois also reported increasing revenues, with 8% growth experienced year on year for a grand total of $224 million. Gaming revenues in Maryland also saw a sharp rise in August, growing 32% over 2016’s financial figures to a total of $137.5 million. West Virginia, on the other hand, reported a 7% decline in its revenues for that month, dropping to just $44.6 million. Much of this drop can be attributed to the launch of the MGM National Harbour Casino earlier in 2017.

Gaming revenues in Pennsylvania grew by 2.5% to $267.4 million in August, compared to a 0.4% in year on year revenues reported for New Jersey’s Atlantic City. Atlantic City’s gambling revenues for the month came to a total of $244.8 million. Commercial casinos in the USA earn over $40 billion each year, making the industry one of the world’s largest gambling markets. Additionally, tribal casinos in America generate a further $30 billion annually among themselves. The American Gaming Association considers a commercial casino to be any land-based, dockside, riverboat-based, or racetrack-based gambling facility that is operated by a private company under licenses issued by any given state government.