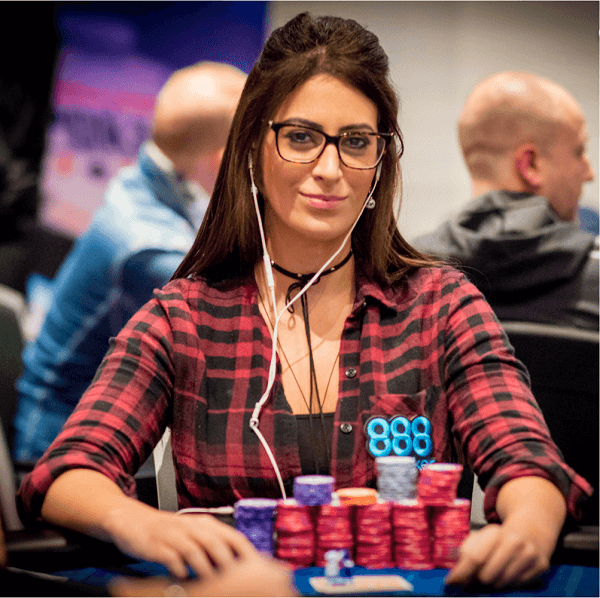 In the world of online poker gaming, it is not uncommon for a specific poker room to sign some of the most popular professional poker players as ambassadors for their gaming brands. Now, the latest online poker operator to sign a new pro ambassador is 888 Holdings’ 888poker brand. 888poker recently revealed during the World Series of Poker (WSOP) Europe at the King’s Casino of Rozvadov that it has inked a new deal with Vivian Saliba, making the female pro player 888’s latest poker representative.

Saliba signed the deal with 888poker live on Facebook, after which she officially announced that she has now become a member of the popular brand’s team. In a more recent press release, Saliba also discussed the aspects of 888poker that she enjoys the most, including the affordable buy-ins of its live events and the incredible locations of its in house tournaments. With regards to online poker play, the professional player noted that she is a big fan of the tournament variety at 888poker as well, not to mention its wide and exciting array of cash games.

Saliba will be joining 888poker along with several other renowned poker professionals, including Chris Moorman, Kara Scott, Sofia Lovgren, and Natalie Hoff. Saliba herself has been playing poker at a professional level for a couple of years, and shot to stardom just a few months ago for finishing the WSOP $10,000 Pot Limit Omaha 8 Handed Championship tournament in 11th place. She also recently claimed a notable title in 888Live’s London Women’s Event, not to mention taking part in the PokerStars Championship Barcelona in which she earned a 3rd place title during Event #38 of the tournament.

Saliba is expected to fit right in at 888poker in light of her impressive achievements in the world of online poker. Furthermore, her new role as a female ambassador for the game may help to encourage more women to join in what was for many years considered a ‘man’s game’, showing just how much the professional casino gaming landscape has changed over the past few years. The poker pro has in fact worked alongside 888poker before now, working with the firm in the past as a reporter for poker tournaments. Now, Saliba can look forward to a more active role in the multi-national online poker operator’s plans as she serves to promote their games and services to poker fanatics around the world.