Westin Las Vegas Does Away With Its Casino 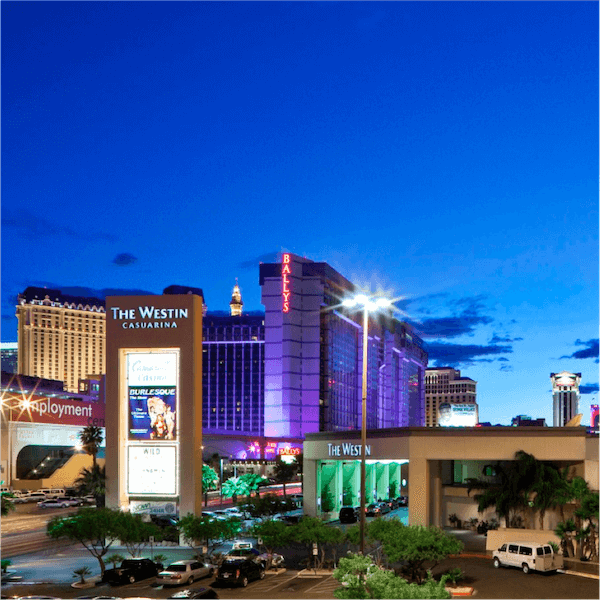 Westin Las Vegas has long been one of Las Vegas’ most iconic land-based casinos, situated on the glamorous Las Vegas Strip. Now, the venue is nearing a new phase in its history, being close to completing a massive renovation project that has included the complete replacement of its gambling floor with what it terms ‘alternative entertainment’ amenities. The entertainment resort’s owners have now revealed in a press statement that they have also added an industrial-style restaurant to the mix. The restaurant, called Jake & Eli, will offer a wide range of tempting beverage and dining options, focussing particularly on American bourbon whiskey as a major ingredient in its fare.

The Vegas Strip complex’s owners have highlighted the fact that they wished to make the venue attractive to corporate guests and leisure seekers, hence the closure of the casino portion of the resort. It is important to here note that the property’s casino facilities were originally closed down in mid-2017 as part and parcel of Westin’s renovation plans. Westin Las Vegas’ management team further explained that there are only a few areas of the resort left to be revamped, including its outdoor pool area. Once completed, the renovated parts of the resort are set to open their doors to the public during the first few months of the new year. Apart from the closure of Westin Las Vegas’ gambling facilities last year, the resort has also renovated 826 of its luxury guest suites, fitness studios and in-house spa. The complex now also boasts four new conference rooms and a fully revamped lobby, which were added as part of a bid by the owners to make the Westin a popular destination to host corporate events and visitors.

The complex’s representatives have noted that through the renovation project, they wished to create an ‘alternative’ to the gambling-related entertainment. However, they emphasised that they also aimed to ‘stay true’ to the Westin’s unique brand. Westin Las Vegas first opened back in July 1977 as Maxim Hotel and Casino. The resort operated under this name until 2001, at which point Columbia Sussex purchased it for a sum of $38 million and invested a further $90 million into renovations. The revamped and renamed Westin Casuarina opened its doors in 2003. The casino and hotel complex was later renamed to Westin Las Vegas in 2012, and at the time boasted over 300 casino slots and other gambling machines and around 10 gaming tables, making it one of the Vegas Strip’s smallest casinos. Now, the casino portion of the resort has been relegated to history altogether as the Westin enters a new era in its operation, along with many of its fellow resorts on the iconic Strip who are currently in the midst of similar renovation projects.