When did Online Gambling Begin? 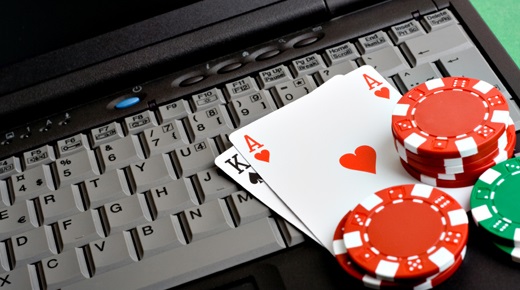 Archaeologists and historians have found proof that man’s love affair with gambling dates back to a time before recorded history. Starting in the mid-90s, the success of commercial internet brought gambling home to millions of people all over the world, thus forever changing the way that people gamble. Thanks to advances in technology you no longer have to leave the comfort of your own home to play your favourite games.

Let’s take a closer look how it all started. The Early Days The small Caribbean nation Antigua and Barbuda made a huge impact on the future of online gambling with the Free Trade and Processing Act of 1994. This law gave the country the ability to hand out licenses to entrepreneurs who wanted to start online casinos. Although the first online casino didn’t appear until two years later, it certainly set the stage for a revolution in gambling.

Who was First? According to the University of North Carolina, the first online casino emerged in 1995 and offered just 18 games. Other sources claim that it appeared a year later in 1996 and was run by the gambling software Microgaming. Whatever the case may be, online casinos didn’t take off properly before 1997. By the end of that year, more than 200 online casinos were in operation. A year later, a report by Frost & Sullivan confirmed that the online gambling industry had brought in more than $800 million in 1998 alone.

Sports sites are not to be overlooked in the history of online gambling. The first company to take advantage of a market that was wide open at the time was InterTops in 1996 and their success led to hundreds of innovators around the world following suit. Despite legal challenges in America and other countries, sports betting continues to be massively successful to this day.

In 2003 a man with the alleged name of Chris Moneymaker became the face for a new American dream. Winning the World Series in poker after qualifying online, Moneymaker sent millions of people flocking to the internet for their poker fix. Companies such as PokerStars, Party Poker and Full Tilt Poker dominated the scene for years until Black Friday, the date in 2011 when the US government effectively banned online poker companies from providing their services to American customers. With millions of online poker players in the US left without a place to play, many made the move to Canada where poker players are free to enjoy their favourite game.

The future of online gambling remains uncertain due to legal challenges. In many countries around the world, regulations have been passed allowing online casinos, sports betting sites and poker sites to operate legally. However, legislation in the US remains hazy. A sizable portion of the population will always regard gambling as an immortal vice; people will, however, always find ways to indulge their desires.

Meanwhile, online gaming will continue to thrive in the parts of the world where its legality has been established and, with new technology such as bitcoin and virtual reality technology, there are no limits to the ways in which online gaming can revolutionise in the years to come.