Will the Philippines become the latest gambling haven? 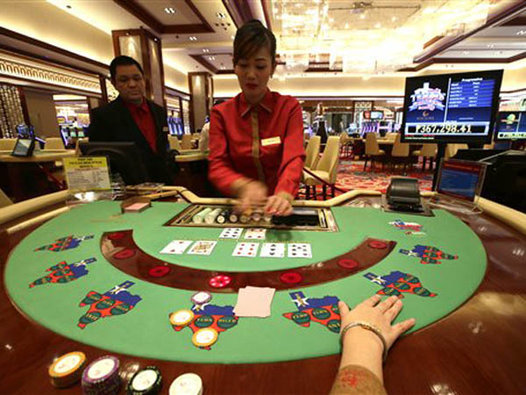 Philippines could soon become a gambling haven. The chief operating officer of Manila’s brand new, $1-billion casino resort, Solaire, stated recently that the Philippine’s gaming revenue could be set to rise to as much as $6 billion in the next five years. The launch of this new resort could help put Manila on the map as one of the biggest gaming destinations in the world. The new Solaire resort is one of the biggest hotel-casino complexes in the world and aims to cater to over 10 million tourists by 2016.

Asia’s high rollers make up a lucrative market, so Manila will face stiff competition from the likes of Macau, Singapore and even Las Vegas. With 500 hotel rooms, 1,200 Slot machines and 295 gaming tables, the Solaire resort certainly will not disappoint. There are gaming tables in private rooms reserved specifically for high rollers, a total of eight restaurants, a spa, a night club, a 1,800 seat theatre and much more. The resort currently has around 5,000 employees, around half of which work for the casino.  Its theme is one of "east meets west", combining the glitz and glamour of Vegas with the luxury and decadence of the Macau VIP gambling experience. The Solaire resort is one of four similar developments that will eventually make up Manila’s Entertainment City worth $4 billion.

The launch of the Entertainment City could provide a significant economic boost for the Philippines, a country that currently does not enjoy a good tourist trade due to its reputation for crime and violence. The Philippines' 15% tax on casino operations is sure to be one of its biggest selling points. The casino tax in Macau is 40%, a considerable difference, so holiday operators in particular are likely to try and tempt players to Manila to earn a bigger profit margin.

Despite negativity from the Catholic Church for condoning gambling, Manila’s government see the Entertainment City casinos as just part of a much larger entertainment package that’s sure to generate jobs and tourism for the greater good of the city and country.