The Continuing Woes Of U.S. Casinos 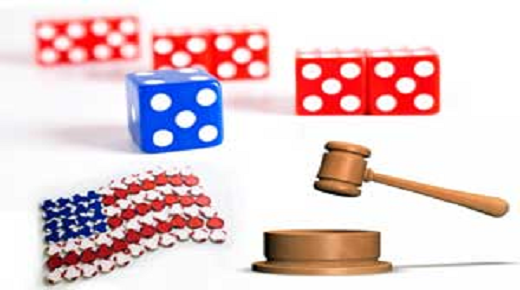 If walls could talk or flies on the wall could have disseminated information, probably a lot more would be known about who said what during the recent Global Gaming Expo in Vegas. The main thrust appeared to revolve around online gaming vs. physical casinos and issues relative to the possibility of the legalization of online gambling in the U.S.

One fly found it very interesting that not only are no new casinos currently under construction along the Strip, but none are being planned in the near future. Many casino operators and equipment suppliers feel it is time for a drastic change of course from 25 to 30 years of brick and mortar casinos to virtual ones. Sands Corporation's. CEO Adelson, adamantly expressed a thumbs-down view of online casinos citing the effect on the overall economic situation relative to a decline in revenue at various venues. Adelson blamed the decline on the fact that economic distress has placed drastic limits on playable, non-budgeted income for gamers.

He further stated that profits will be drained from physical locations, and there is no guarantee as to how profitable online operations will be. Other issues cited by Adelson involved proof of age capability by online software and constraints posed by the Federal Government acting as an online casino watchdog. Some attendees voiced the opinion that all the legal ramifications associated with online gaming will drive traffic back to brick and mortar casinos. MGM Resorts head honcho, Jim Murren pointed out that the legalization of online gaming in the U.S., could open the door for competition from a plethora of international poker online websites.

Murren revealed plans by MGM for the construction of a non-gaming venue in Vietnam. He also cited research studies targeting future gaming markets in Vietnam, the Philippines, South Korea, Taiwan and Japan pending the success of legalization efforts taking place in those countries. A portion of the sessions during the Global Gaming Expo centered around questions involving regulation and control of online gaming operations. The main argument centered around the regulation and control of online gaming sites by the Federal Government versus the Constitutional rights granted to individual states.

The American Gaming Commission favors Federal control citing that a portion of the current worldwide $35 billion wager revenue is generated by U.S., citizens illegally playing abroad. An AGC spokesperson spoke of the fact that in-state poker online is now being operated in Nevada. Other casino-type games were legalized in Delaware during the summer of 2012. It is anticipated that New Jersey and California will soon follow suit. Lottery tickets are legally being sold online in Illinois. The ACG spokesperson also cited that while passage of the Reid/Kyl legalization of online gambling bill appears to be doubtful during the 2012 lame-duck session of Congress, equipment suppliers are already reaping profits. Bally Technology Inc., was recently granted a license to develop and supply online gaming software to land-based casinos for use on any device such as iPhones, Smart-phones and Tablets with Internet connection capability.