Women In Gambling – Does The Stereotype Fit? 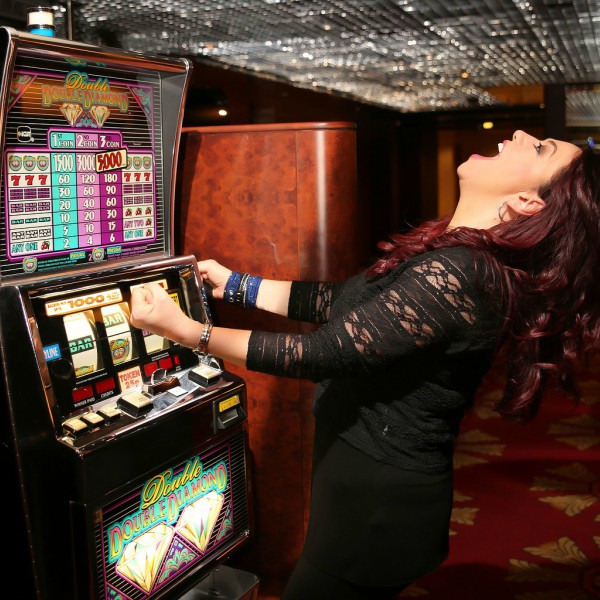 It is not uncommon for many forms of entertainment to be aimed specifically at a male target market. This can be seen in the casino game industry; most notably in it’s choice of marketing campaigns, but even more so in the subject matter of some slots games, such as Playboy, Tomb Raider and Bikini Party. But, when taking a closer look, it starts to become clear that these games may well be missing the mark, based on the actual statistics of who is playing casino games. Recent studies have shown that the general perception of who plays casino games is often wrong. In fact, the actual statistics are so far from perception that many may just have to re-evaluate their perceptions on the industry entirely. Let’s take a quick look at recent casino game statistics, and get an idea of how active females are in the modern industry.

Since the early days of the casino industry, slot games have played a major part. Research shows that in the 1970s, slots games contributed about 40% to overall revenue. This is already a considerable amount. But, jump a few years into the future, to 2006, and a staggering 71% of revenue now comes exclusively from slots games. But just who is playing slots games, online and in real world casinos? Some still have the perception that slots games are the playground of older men, but nothing could be further from the truth. The average slots player is a woman aged about 55, with some college education, and generally a homeowner. So, if taking this into account, casinos offer most of their annual revenue to female slot game players in their fifties. Overall, male gamers are far more interested in popular table games. This is clear in most marketing for casino table games, although there are still a significant number of female table game players.

With this being said, a person can now look at the focus of slots games a bit more differently. Are slots games being designed for this demographic, or are they incorrectly targeting a male audience that does not make up the real statistics? It turns out that many casino game developers are well aware of who is playing their slots. In recent years, it is clear to see that many online slots games are, in fact, being designed with a female audience in mind. The game designs such as Bikini Party are far less common than assumed, with design choices being much more diverse and inclusive in recent years.

The Future Of Slots Games

It stands to reason that, given the now very clear trends of who plays slots games, that more and more slot games will be designed with a female audience in mind. Slots game designers generally go into a great amount of detail when deciding on design choices, and so the now publicly known information will surely shape the future of the slot game industry, both online and in real world casinos. Hence, slot games such as Bikini Party are likely to very quickly become a thing of the past, given that they are targeting a virtually non-existent market. There’s still place for them, but not nearly as much as many imagined.

It is also more likely that slots games will see a major leaning towards being designed for online and mobile phone focused play, given that these platforms are quickly becoming preferred. Statistics show that not only are online casinos drastically increasing in popularity, but that online slot games are where the focus of online casino popularity lies. So it seems that the future of slots games lies in the online world, focused on a mostly female player base. This does not mean, of course, that table games are likely to die away any time soon. Poker is more popular than it ever has been the world over, although in this area a male audience is still largely the biggest focus. There are only a handful of popular professional female poker players, although this trend is also quickly changing. It is likely that more professional female poker players will be making their presence known soon enough. The gender divide in gaming is clearly closing and the market needs to change with it.