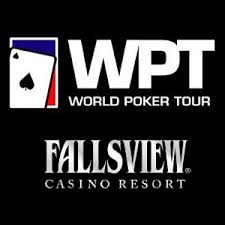 The World Poker Tour concluded its Canadian event this year at the Playground Poker Club in Montreal. Due to overwhelmingly positive feedback, the WPT has now confirmed that it will hold an additional Canadian event in 2014 at the Fallsview Casino in Niagara Falls. The Canadian leg of the WPT has been focused in Montreal for the past two years with 2012’s event setting a new record for the number of Poker players to register and participate in a WPT event held in Canada.

2013 was equally successful, with the year having delivered some extraordinary wins for Canadian Poker players participating in tournaments all over the world. The organisers of the WPT are clearly striking while the iron is hot, with demand for Poker at an all-time high in Canada. The 2014 Fallsview Poker event will be held between February 22nd and February 24th next year. The tournament, which lasts three days, requires a deposit of CA$5,000 and players will be required to qualify online or at satellite events before the tournament. A spokesperson at Fallsview Casino, Greg Medulun, stated that “the return of the QPT is exciting news for all talented and notable Poker enthusiasts.

Our Casino is well-suited to host what will be a definite sol-out event given the added excitement WPT brings.” There is currently a WPT event taking place in South Korea which will end on December 19th, the next tournament commencing in Atlantic City on January 26th.