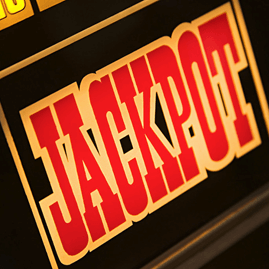 The big win is officially the third WowPot jackpot won since the thrilling new series of progressive slots first launched. And perhaps most incredible of all is that the player, who has asked to remain anonymous, won the massive windfall from as little as a meagre $0.80 bet. The lucky person will receive their winnings in one massive lump sum to do with as they see fit.

The big winner won the Mega jackpot prize while playing Book of Atem, which is one of the most thrilling video slots of the entire WowPot series of titles released so far.

Instead of just a single title release, WowPot is an entire network of progressive slots. This is incidentally also why the game has been able to award so massive a heap of cash. Since it forms part of a network of progressive jackpot titles, each and every time a player wagers a stake on any of the games that form part of the WowPot network, a portion of that bet is put towards the pot.

WowPot has since its launch earlier this year in February, grown to an impressive six video slots forming part of the series.  These are the Alchemy Gaming-developed Wheel of Wishes, Book of Atem, African Legends, Sisters of Oz, Queen of Alexandria, and Sherlock & Moriarty.  More are expected to be added to the popular new series soon.

Since WowPot was first launched two Major progressive slots jackpot wins have been nabbed by lucky players. This was however the first time any player has been lucky enough to boost their bankrolls with a jackpot payout of this incredible size.

Sisters of Oz and Book of Atem have both paid out Major jackpot wins, with Book of Atem now the first to also throw down a life-changing Mega win.

Microgaming has been increasingly known for creating instant overnight millionaires out of ordinary video slots players. And the iGaming giant has promised to keep on doing exactly this for many more decades to come.