Beavis and Butt-Head – Who’s That?

If you grew up in the 90s, chances are you spent your days watching two troublesome teens getting up to all sorts of mischievous activities. Their names were Beavis and Butt-Head, and their silly and often sexist humour was loved by many fans of the show. This resulted in it being successful for 18 years – with its first episode being aired on 8 March 1993, and the final episode on 29 December 2011. The show was filled with all sorts of memorable moments, and to this day, fans still find themselves nostalgically watching reruns.

Now, thanks to the good folks at Blueprint Gaming, fans can relive some of their best memories, skip the reruns, and create new storylines on the 5 reels and 20 paylines of the new Blueprint Gaming creation, MTV Beavis and Butt-Head™. The title offers plenty of bonus features, cross-compatibility with PC, laptop, mobile and tablet devices, and excellent graphics. Bet sizes can be altered to suit all pocket sizes – options start from 0.10 credits per spin, to a maximum of 500 credits. Whether you’re familiar with the original TV series or not, you’ll find the title to be not only rewarding, but entertaining, too. Let’s take a closer look, below.

The main characters, Beavis and Butt-Head, make an appearance on either side of the reels. The standard low-value playing cards, J, Q, K and A are present, as well as the Beavis and Butt-Head logo, and the main characters themselves in the form of individual symbols. The Wild replaces all symbols, apart from the Scatter, to help form winning combinations. Plus, if you land five of them on a payline, you’ll receive 25x your stake as a reward.

An Abundant Range of Rewarding Features

The Couch Your Cash feature is randomly triggered during the base game. Players can benefit from generous Wilds which offer the following:

When we said that the online slot comes packed with bonus features, we weren’t kidding. Land three or more of the Hollywood star bonus symbols, and you’ll activate the Bonus Staff Kicks feature where you’ll be able to access one of the main bonus features. These include the Don’t Be a Buzzkill feature, Customers Suck! To “B” Or Not To “B” and the Maxi Mart Free Spins round where collecting enough Wilds could grant you up to three Super Spins. There is also the Super Cornholio Free Spins round and the Just Deserts bonus feature.

When it comes to online slots, MTV Beavis and Butt-Head™ is as good as they get. While most contemporary titles tend to take the traditional route when it comes to themes, by offering something that is either inspired by ancient Greece or ancient Egypt, Blueprint Gaming has taken a different route with this creation, and from what we can tell, their innovative thinking has managed to pay off. So if you’re keen on making new memories in the name of nostalgia, then register an account with LeoVegas, where you’ll be able to take the MTV Beavis and Butt-Head™ online slot for a spin! 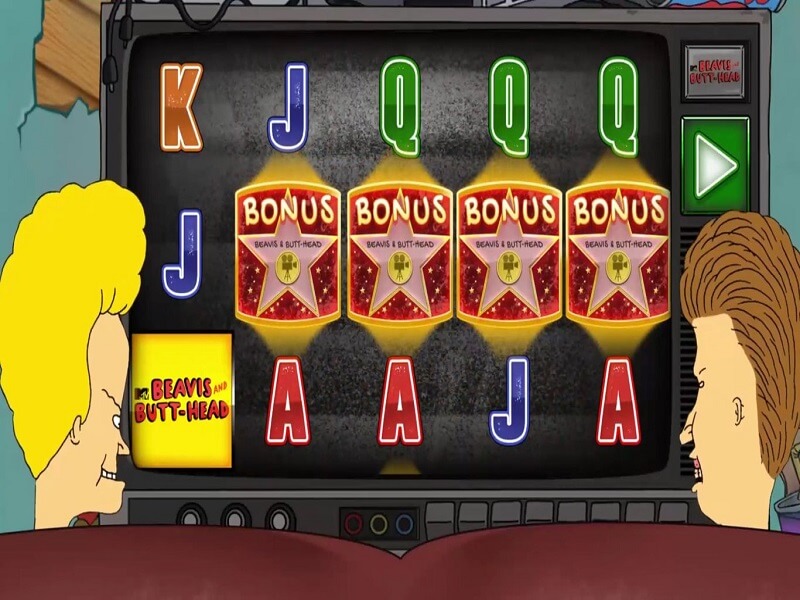