This casino game is no longer available. Please visit one of the alternative slot games listed below: 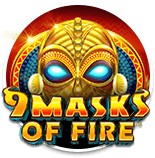 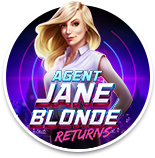 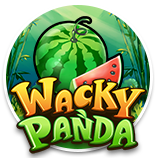 Vampire hunters and Blade fans take note. This online slot has been discontinued, but this doesn’t mean there are not a number of other amazing super hero and legendary comic book themed games available for play. DC Comic slots are taking the Internet by storm, and with titles like Superman II, Batman, Medusa and Green lantern waiting to thrill you; it’s easy to see why. You can enjoy comic book themed slots at your leisure and join a cast of famous characters who will help you win big!

Blade is based on the popular vampire hunting character from the Marvel comic books and movie, powered by Playtech. It is a 5 Reel, 20 Payline Slot which includes a Wild symbol, Scatter symbol and Split symbol, as well as Multipliers and Free Spins. You also have a chance to win one of four Marvel Mystery Jackpots when you play any of the Marvel Slots.

This graphic rich online slot has the same slick look and feel as the other Marvel themed games, and features the vampire hunting superhero on a quest to rid the world of his blood-sucking enemies. The reels of this video slot are filled with theme related images, including Blade’s all-important syringes, his weapon, bullets, a gun, the titular character himself, and a fearsome female vampire. Even the standard playing cards have been designed to suit the theme and have a knife-edge and suitably red tinge to them.

Slots to Sink Your Teeth Into

Blade provides you with plenty of opportunities to win big, and the bonus symbols and special features add to your chances of striking it lucky.

The Slot has a Wild, which is represented by the image of Blade, and substitutes for all symbols except the Scatter and Split. If 2 or more appear on an active Payline, it will pay up according to the Pay Table. During the Free Spins round, the Scatter also acts as an Extra Wild increasing the possibility of winning combinations and the player being rewarded with cash prizes.

The Blade Logo acts as the Scatter and when 3 or more appear anywhere on the Reels you get an additional win, and it triggers 15 Free Spins. At the beginning of the Free Spins Bonus, you are awarded with an initial random Multiplier from 2x to 5x, which will take effect from your initial bet. If you win after a spin, the multiplier will increase by one until it reaches a 5x maximum and if you lose a spin it will decrease by one, until it reaches a minimum of 2x. Once the Free Spins have ended you will be informed of your total win.

Through playing Blade the player is also in with a chance of winning the Marvel Jackpot, a Progressive Level Jackpot that includes four different cash amounts. The jackpots are labelled like so: Power; Extra Power; Super Power and Ultimate power, and can be won randomly by any player playing a Slot in the Marvel collection. The Marvel Jackpot pays out more regularly than typical Progressive Jackpots, but a player’s chances increase the higher the wager they place. This means that the bigger your bet, the greater your chances are of walking away a winner, as Marvel’s progressive jackpot pays out often, and gives every slots spin an extra element of excitement.