Gone are the days of all slots having a set number of reels, rows and paylines. Thanks to innovative software providers that continuously push game mechanic boundaries, players can now enjoy a myriad of features and seemingly endless ways to win. One such provider is Pragmatic Play. And its payout-packed creation, Curse of the Werewolf Megaways™, showcases it all. With between 64 and up to a staggering 46656 ways to win, free spins, bonus modifiers, howl-worthy animations, thrilling graphics and a dramatic soundtrack, this online and mobile-friendly release is definitely worth a spin. Plus, if you’re an online slots player in Canada who is intrigued by the whole werewolf concept, you wouldn’t want to miss Curse of the Werewolf Megaways™.

The werewolf theme has been immortalised in multiple books and movies, as well as a few online slots. In Curse of the Werewolf Megaways™, the subject matter is echoed in its graphic character depictions and vivid animations. As legend goes, if you were cursed to become a werewolf, you’d do so on the night of a full moon. This brings us to the symbols found on the slot’s 6 reels, which include the werewolf, the highest value symbol, as well as 4 characters that run the risk of falling victim to this curse: a tourist, a villager, a young girl and a sinister-looking guy. The other standard symbols are made up of colourful 10, J, Q, K and A card icons. Others to look out for include the Wild, Mystery, Bonus and Attacking Werewolf symbols. The blood-curdling Wild can appear on reels 2, 3, 4, 5 and 6, substituting for all other symbols apart from these aforementioned special symbols. In turn, the Mystery symbol can appear anywhere on the reels during the base game, transforming into the same symbol for a chance at creating winning combinations.

But it’s the game’s features that set it apart from other online slots in Canada. For starters, players can look forward to two Spin Modifiers that can randomly appear during the base game: a Super Spin containing stacked symbols and a Guaranteed Win spin which, as it says, promises a big win on multiple ways. And Free Spins? When 3, 4, 5 or 6 Bonus symbols land on the reels, they will respectively trigger 8, 10, 12 or 15 Free Spins. During this bonus round, the Werewolf symbol transforms and removes 1 to 5 lives from the 4 characters, displayed as icons to the left of the screen. When a character has lost all 5 of his/her lives, he/she transforms into a golden werewolf, and you receive an extra Free Spin.

Where can players log in to play this online slots creation in Canada? At the popular and well-established online and mobile destination, LeoVegas. With a wide range of slots, table games, video pokers and live casino titles, along with a long list of reputable software providers and an exclusive welcome offer,

LeoVegas ticks all the important boxes for new players. 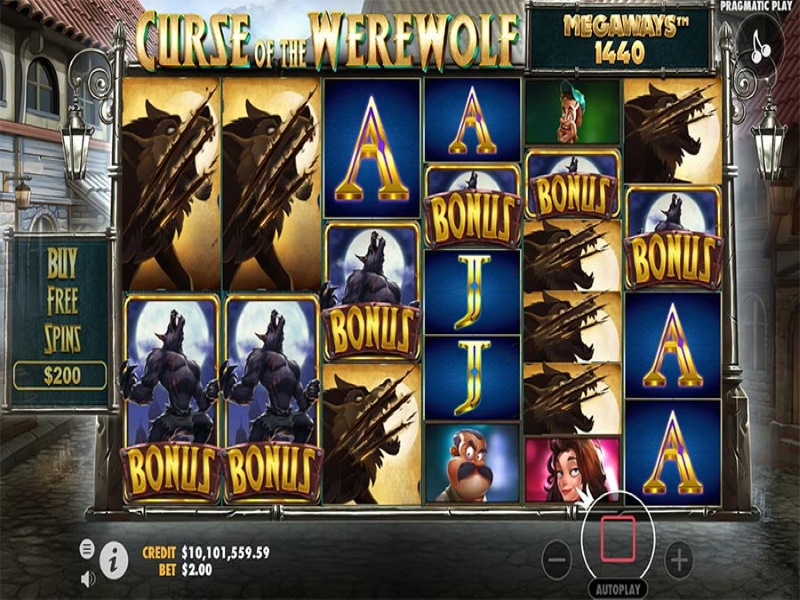