When it comes to themes for online slots games, one of the most enduringly popular has always been Ancient Egypt. Genesis Gaming, one of the more innovative casino game software providers around, has come up with a visually appealing and highly entertaining addition to the genre, with the fabulous slots title, Gods of Giza. Genesis Gaming is renowned for impressive creations that come with exceptional graphics, animations, sound effects, gameplay, navigation and bonus features – Gods of Giza is no exception. What makes this particular slots game stand out from the crowd, is that Genesis Gaming has implemented an exciting Rotating Reels™ feature, which we will discuss in more detail further on. Let’s take a closer look.

Played across 4 rows, 20 lines and 4 reels, Gods of Giza is set in an ancient pyramid, where the walls have hieroglyphics and drawings of Ancient Egyptian gods, snakes, rivers, birds and cranes on them. In short, it’s most definitely an aesthetically pleasing online slots game. The action plays out against an Egyptian-style soundtrack, which adds to the atmosphere. As for the symbols, these resonate with the theme and include the pharaoh, the princess and a mix of gods, as well as the usual playing card symbols – Ace, King, Queen, Jack and Ten. The gods are rendered as classically themed dog and bird-type god figures. The Wild symbol is represented by the scarab beetle and it has powers of substitution – by this we mean it can take the place of all other symbols to create winning formations for you: the one symbol it cannot replace is the Scatter, which is the ankh.

Whenever the Scatter appears, you will score a payout. A single Scatter will earn you 1 x your total bet – if you can land up to 14 Scatters on the reels, you can score up to 16 x your total bet. If you land 3 Scatters at the same time, you will activate the exciting Rotating Reels, a very interesting feature indeed.

Once the Rotating Reels™ feature is activated you will be awarded 8 Free Spins. That’s not all, after each spin, you will notice that the reels get rotated four times in a clockwise direction, giving you new potential winning combinations with each rotation of the reels. You can also win an extra 8 Free Spins during Rotating Reels™ by matching Scatters again – only this time around, the reels spin, but do not rotate. Wild symbols are also useful here, as they are key to creating those winning combos.

Gods of Giza is an intriguing 4-row, 20-payline and 4-reel slots game from Genesis Gaming that is available to play at Bob Casino. One of the most entertaining online casino sites around, thanks to its tongue-in-cheek sense of humour, Bob Casino has also built a solid reputation for itself as a highly trusted and secure gaming destination. What’s more, it offers an impressive selection of some of the best games around, which range from slots and progressive slots, to table and card games and more – all of which are powered by award-winning software providers, like Genesis Gaming, NetEnt, and Microgaming, to name just a few. Then there are the excellent bonus offers, promotions, loyalty rewards, payment options, and, of course, world-class service.  All you have to do to join in the fun is register your real money account at Bob Casino, claim your C$500 plus 100 Free Spin Bonus Package and start playing. As for Gods of Giza, we can definitely recommend that you give it a shot. With its popular theme and original Rotating Reels™ feature, it’s a real winner 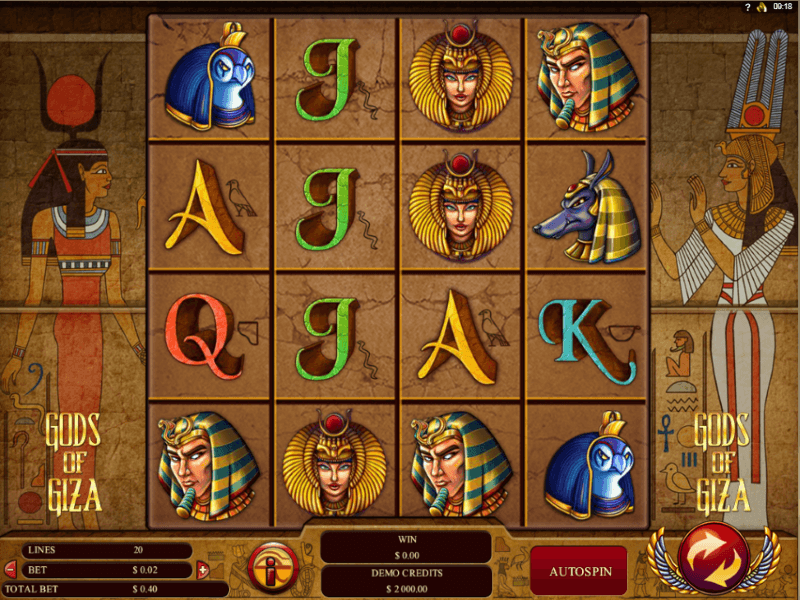