If you’re looking to play an atmospheric online slots game, complete with a gloomy castle background and some ominously flickering torches, look no further than Mighty Black Knight. An excellent choice to consider if you’re someone who enjoys playing online slots for real money, this title is available to at Play OJO, a premium online destination that prides itself on seamless and straightforward gameplay with no wagering requirements. What the game lacks in terms of flash and immersion, it makes up for by means of a unique in-game feature called Mighty Reels™, which sees the reel-grid increasing the number of active paylines – but more on that in a moment. For now, let’s see what you can expect upon launching this gem of a game.

Mighty Black Knight is a 5-reel slot with 5 rows and 50 paylines – but you will notice that there are some more reels above the main set. With a minimum bet size of 0.10 credits and a max of 500, it’s the perfect game for both newbies and old-hands in the realm of online slots.

We’ve already mentioned the atmospheric, medieval theme of the game, and the symbols on the reels have been stylised accordingly. The higher values include images of a King, Queen, crown, signet ring, golden orb and map of France, while the lower values are your standard card suits A, K, Q, J and 10.

Landing the eponymous Black Knight Wild symbol anywhere on the reels will activate the Mighty Reels™ feature, and will see the portcullis that had covered half the reels raise up to reveal even more reel positions and an extra 50 paylines. Plus, the symbol will expand to cover all positions on its reel – upping the chances of winning combinations and, consequently, big wins!

The Bonus symbol featuring a knight chess piece will award you with 8, 12 or 20 Free Spins when you land 3, 4 or 5 of it across the reels, respectively. The Mighty Reels™ feature can be retriggered during a Free Spins round, offering up even more winning opportunities.

As with a number of Barcrest titles, the game comes with a Big Bet option, in which you have the choice of buying 5 linked spins for different prices, each one having a number of different benefits and tweaks to the game.

An Autoplay function is available for when you wish to focus on other matters but still win big in the background. Given the lack of in-game animations and movie scenes to keep you enthralled, you may find yourself using this option quite often.

Mighty Black Knight is truly a stellar online slots option, despite being somewhat on the simple side. Streamlined gameplay and a host of cool in-game features make it an ideal choice for those looking to play online slots for real money. Make your way to Play OJO today and get your game on! 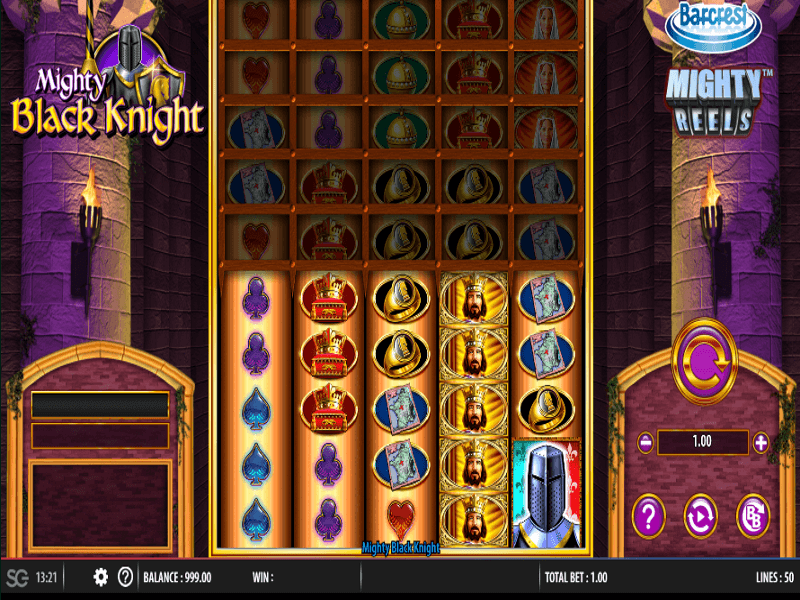