Guitars and drums, crazy hair-dos and more – these are just some of what you can expect to experience when firing up the Twisted Sister online slot in Canada. Created by Play’n GO, this reel-rocking title is sure to satisfy all manner of gamers, thanks to its original design, cool soundtrack and fun features. What’s more, the game is inspired by an actual metal band, comprised of members Dee Snider, Jay Jay French, Eddie Ojeda, Mark Mendoza and A.J. Pero. Below, we take a gander at what this game has in store, and just how it manages to delight and inspire online slots fans – and music fans – in Canada.

Instead of the usual 3x5-reel grid, Twisted Sister makes use of a 6x6-reel structure, and instead of paylines, wins are awarded for matching symbols landing in clusters. What happens then is that any symbols that form part of a winning combo will be removed from the reels, allowing other symbols to land in their place. On the left hand side of the reels is an electric guitar which acts as a meter. We will get to how it works in just a moment. The symbols include the Wild, which is simply the word Wild, as well as the Angry Dad Wild Scatter, each of the different band members, a shot of the group together, and various merch, such as an LP, plectrum and record sleeve. Players can place wagers from as low as 0.20 credits a spin, or push them up to 100, making the game an ideal choice for both newcomers and veteran gamers, alike. Every time one of the band member symbols is involved in a winning combination, the guitar meter will fill up by one bar. Once it’s full, a random Band Feature will trigger, and these are as follows:

When you land 4 of the Angry Dad symbols, it will trigger the WE’RE NOT GONNA TAKE IT feature, which happens to be a song of the band. During this round, a 2x2-sized symbol of all the band members together will land on the grid and attempt to smash its way through other symbols, knocking the Angry Dads out of the way. Play’n GO have done an excellent job of incorporating the actual band’s tongue-in-cheek humour into this online slot in Canada.

While the game boasts an Autoplay feature, which lets you set the reels to spin themselves, we personally enjoyed being up close and personal, and while little to no real interaction is asked of you as the player, the title proves to be effortlessly engaging all the same.

Where to Play Twisted Sister

Twisted Sister, along with a whole range of other online slots in Canada, can be enjoyed at Dream Vegas Casino. A very popular destination, this gaming hub offers all new members a generous welcome bonus upon the registration of a new account, with which they can start exploring the plentiful games on offer. With safe banking mechanisms, on-hand customer support and more, it’s no wonder Dream Vegas is the preferred choice of players from around the globe. 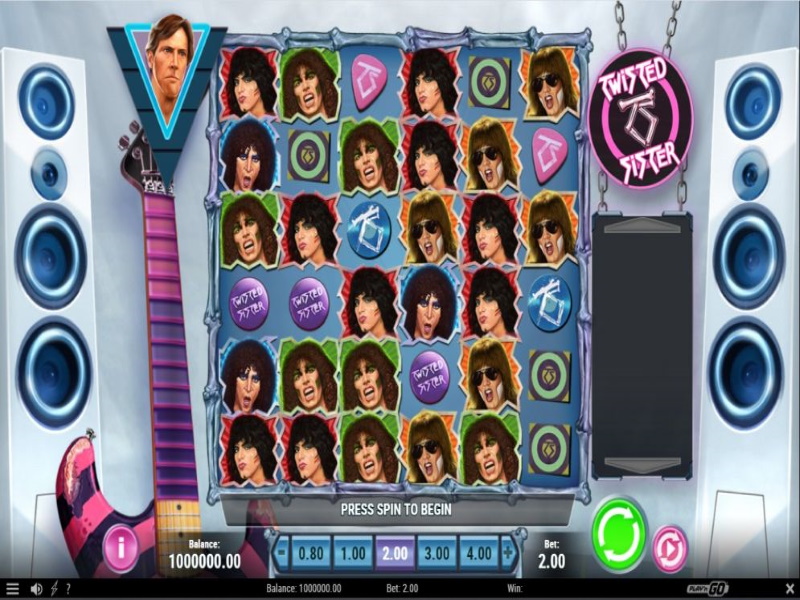