In the world of online gaming – and even land-based casinos for that matter – the word “jackpot” is more often than not found near the slots machines. Big, bright and bold, the letters usually glow and flash and entice those slots machines lovers to part with their coins in the hope of hitting it big. For those more traditional visitors, who prefer to put on their poker faces and trade coins for chips, the idea of a jackpot is something they allow themselves to sacrifice. After all, whether it’s a strategically placed or a downright lucky hand, there’s something possibly more gratifying in raking in the chips wagered by the very people next to you.

However, what about those table games lovers who do want an opportunity to hit the jackpot? Well, for them, software giants, Microgaming and JackpotCity, have just the thing: Roulette Royale. You’ve heard of progressive slots machines such as Mega Moolah, but Roulette Royale is a first of its kind: a progressive table game. This means that from a single bet, you could rake in a life-changing amount of cash.

Those players already familiar with the European version of roulette (where the wheel has only a single zero as opposed to two) will have no problem familiarising themselves with Roulette Royale. The layout is pretty much the same as your regular online roulette table, with the wheel at the top left of the screen, and all of the betting options in full display. The main difference between a progressive roulette table versus a regular one is the addition of a large Jackpot banner, clearly displaying, in digitalised numbers, the size of the jackpot up for grabs. This number, of course, climbs steadily higher as players chasing that incredible win continue to wager. A portion of each bet gets added to the jackpot pool until one lucky player gets it all.

The standard roulette rules apply, in which bets are wagered either ‘inside’ or ‘outside’ the table. Inside bets are placed on a specific number that a player expects the ball to land on in the wheel. Outside bets are when a player places a wager on the ball landing on an even/odd or black/red number.

The most important addition in Roulette Royale is, of course, the fact that there is a jackpot to be won. Don’t expect it to be easy, though. But then again, nothing worthwhile ever is. To win it, a player has to get five consecutive hits on a number they have wagered. Yes, it seems almost impossible. But it’s been done before, and will be done again. The fastest way to find out is to try it.

The graphics are crisp and the bright reds that govern the screen are perfectly appropriate for a game that alludes to royalty, if not bespeaks the very concept of it. The logo of the game – two R’s side by side, adorned with a crown, will have you feeling like a king before you even start wagering.

Red carpets, riches, all could be yours. Just step on in through those virtual doors! 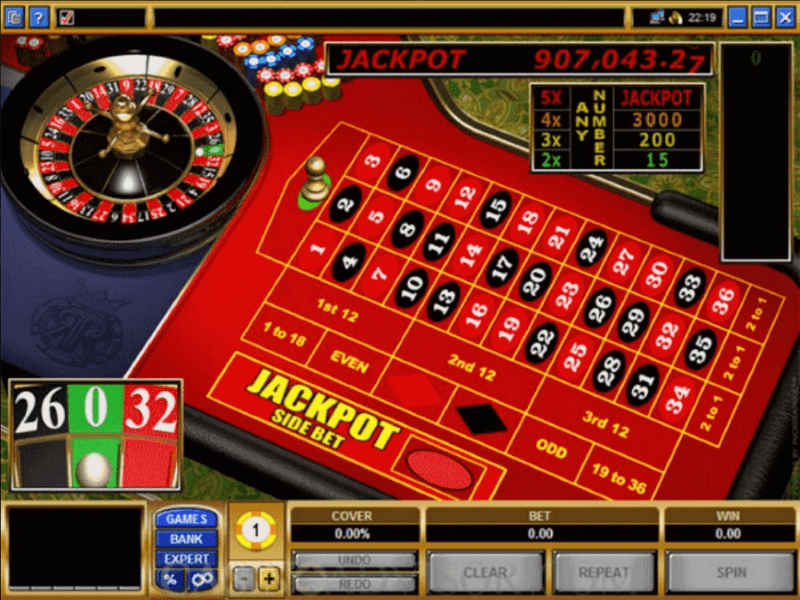