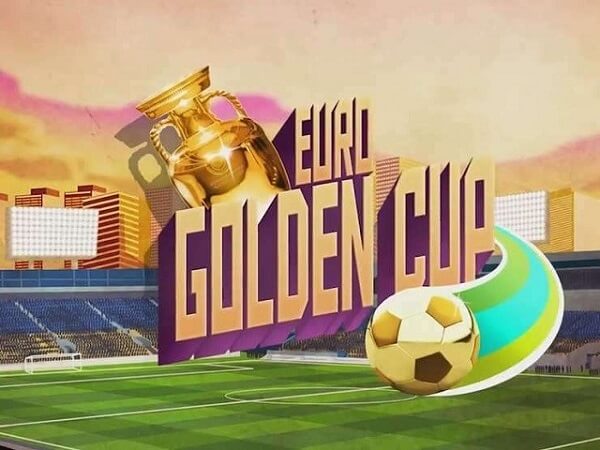 With the UEFA Euro 2016 now in full swing a number of online gaming developers have released new slots that have been inspired by the beautiful game. The tournament proved to be a stimulus and provided plenty of scope for creating exciting soccer themed games. Additionally, promotions that tie in with game releases have also proven to be popular, and an astounding number of soccer fans have been enjoying what’s on offer. Capitalizing on interest in the sporting event that only takes place every 4 years, developers and online casinos have taken advantage of the enormous amount of interest this championship tournament garners. Leading the way was Genesis Gaming with Euro Golden Cup.

This online slots game was released on the eve of the Euro 2016 and boasts a number of special features, an unusual design and a tiered bonus round. As players progress through the game they move from one round to the next, in much the same way the winning soccer teams would do so in the UEFA tournament. Also unable to resist the attention this soccer tournament attracts, NetEnt released Football: Champions Cup amidst much fanfare. This game allows players to pick the country they want to play and offers exciting interactive elements, such as being able to try on the goalkeeper’s gloves or take a penalty kick. The free spins have been designed to emulate playoff rounds and the game’s soccer theme is carried through in every way possible. Prague-based gaming developer Endorphina also cashed in on Euro 2016 fever, and instead of releasing a new slots game, simply re-launched an existing title.

The brand originally launched their aptly titled Football slots game in 2014, and this time around they punted it as the perfect game for fans to enjoy when there wasn’t a match on. Live football games are always very festive and this game plays out across a packed stadium resplendent with fireworks, flags, banners and screaming fans. Soccer themed slots have always been popular, with games such as Shoot!, Football Frenzy, Goooal!, Football Star and Sensible Soccer all remaining player favourites.

The Euro 2016 has provided inspiration for new releases and incentives to market existing titles, and it’s almost certain that we will see more games of this genre in the future.