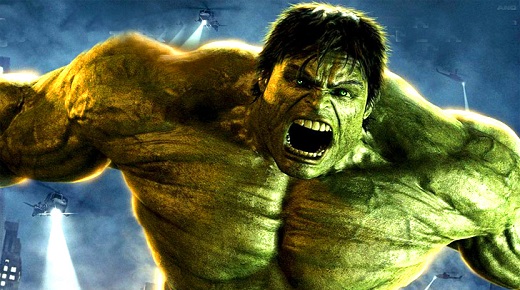 The Incredible Hulk is one of the most popular superheroes at all time, so it is only fitting that he’s the star of one of the most exciting superhero-themed slots in online casino gaming. As a part of the Marvel jackpot line of games at Playtech powered casino sites, it accompanies other Marvel characters such as Iron Man, Blade and the Fantastic Four. So, if you’re a comic fan, you’re sure going to love the experience you will have on this slot.

How does it work?

The game boasts five reels, three rows and 25 pay lines as well as a wealth of exciting features. The Hulk character is the game’s wild and you’ll get two free re-spins when he appears in the middle of the third reel. What’s more is that if you manage to get all three wilds on the screen at the same time, they will expand for a free re-spin where the entire three middle reels are wild. This means that an incredible 60% of the board is wild for this feature, helping you land some fantastic prizes. The Incredible Hulk Scatter symbol, rewards you with between 10 and 100 free spins and a 3x multiplier when found on three reels or more. The Smash Bonus is triggered when found anywhere on the first and fifth reels simultaneously.

This fun packed feature is based on the Hulk running around smashing police cars and helicopters while revealing bonuses. Another cool aspect of the game is the expanding Hulk feature which is triggered when you have the Hulk symbol appear on either the second, third or fourth reels. With this bonus, the Hulk himself takes over the reels and serves as a permanent wild for one or two spins. With four progressive jackpots on offer, you could be the one to make your friends go green with envy when you scoop an epic bonus.